‘It’d Be Great’: LeBron Hopeful for Opportunity To Play with Carmelo 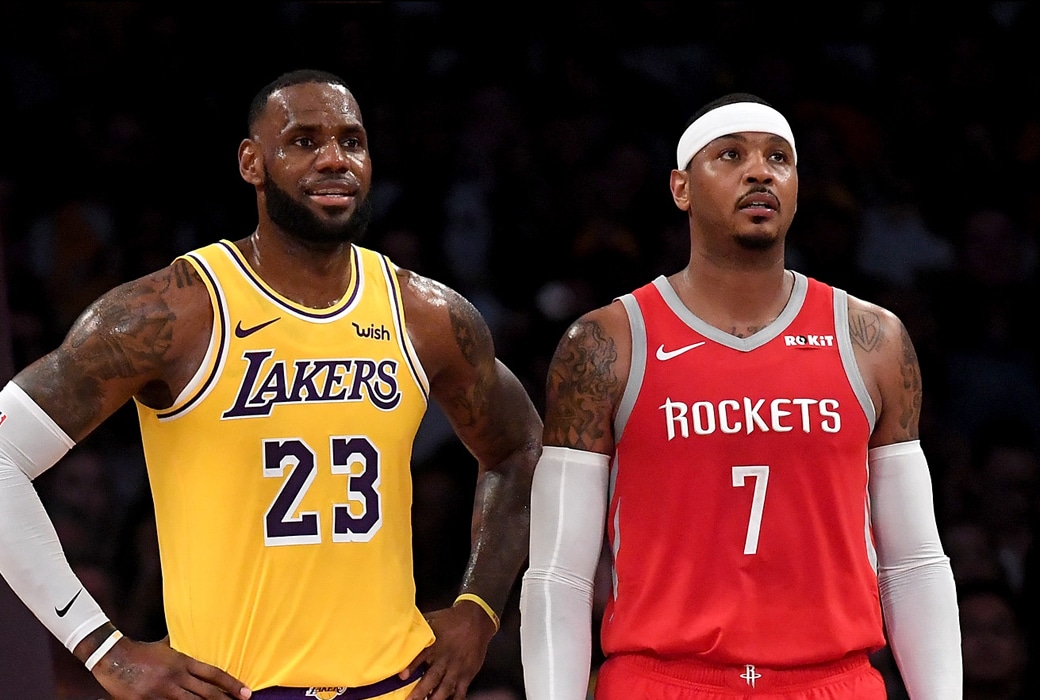 LeBron James says he would love to play alongside Carmelo Anthony on the Lakers this season if the opportunity presented itself.

After the Lakers’ 110-115 loss to the Nets in Brooklyn on Tuesday, LeBron told reporters: “I’ve always wanted to play alongside Melo. And if the opportunity presents itself, it’d be great.”

👀 LeBron on the possibility of teaming up with Carmelo Anthony: "I’ve always wanted to play alongside Melo. And if the opportunity presents itself, it'd be great."

LeBron, Carmelo and their wives had dinner together in New York City on Monday ahead of the Lakers game in Brooklyn.

LeBron’s comments come in stark contrast to his response when asked the same question in Orlando last month. “We don’t even have a roster spot open,” he said.

Someone asked LeBron if he thought Melo to the Lakers was possible. He wasn’t about that question. pic.twitter.com/JXfJZY0ZTS