Iverson is off the block 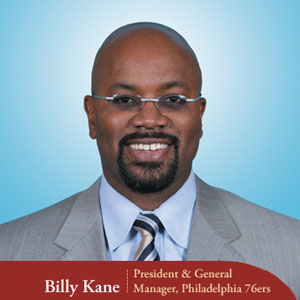 Sixers GM Billy King says that Allen Iverson will not be traded. The early results from our own poll say that 72% of you don’t believe him. Consider me a part of that 72%. I think Billy realized that he made a mistake and is backtracking as fast as he can.

I’m not the world’s greatest businessman, but I do know that when you are negotiating something that can be traded, you need to play up the value of that asset, not act like you are desperate to unload it. If you are the GM of any other NBA team, why wouldn’t you try to take advantage of Billy King? Look at his track record. It’s not good. The best thing Philly can do is not get completely swindled when they eventually unload Iverson. Maybe some other GM (which in the NBA stands for Genius Mind) will actually fall for this and offer Philly something closer to equal value.

I guess they could hold onto him and wait for his deal to run out, hope that the Answer-Webber experiment gets enough help, feature Iguodala more, struggle through some mediocre-at-best seasons, then rebuild from scratch. That’s the brightest outlook they have, short of pulling the trigger on a trade. At least A.I. will be the rare superstar that stays with one team his whole career these days, through the good, bad, and worse. Hello Mr. Garnett.

To read that Billy King is saying Allen is happy to be there is a little bit suspect. Iverson is all about getting respect, and he always says that if he’s wanted somewhere, he’s happy to be there. So hey Allen, just ignore the past month. Even though nothing has changed. I think he’s just getting on the same page as the organization, so that he has more options when some other team finally makes a less insulting offer.

As for the caption in that photo, he is referred to as Billy King on the Workready Philadelphia website many times, and the word King is even in the url. This is a hilarious mistake. Perhaps the name was being read out loud to someone typing it in by someone with a thick southern accent. Billy Kiiiiiiinnnnng could sound like Kaaaaaaaaaaannne.