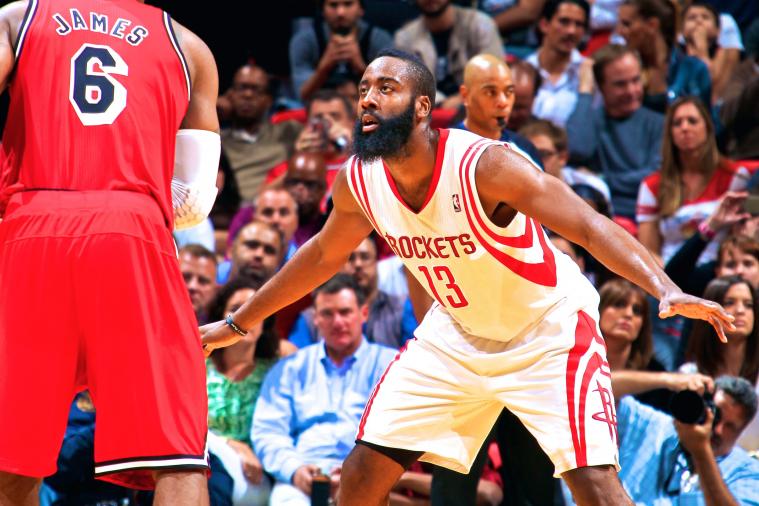 Houston Rockets All-Star guard James Harden is the NBA’s premiere scorer this season, but it’s his work on the defensive end that has people sitting up and taking notice.

Harden addressed his shortcomings as a defender last summer — with plenty of organizational support in that regard — and says he’s a lot better than critics give him credit for.

The Bearded One now considers himself one of the L’s best at stopping opponents.

“I’m a great defender,” Harden says with a hint of defiance. “But it’s really about being able to focus on carrying a team, scoring 30, while locking somebody down. I’ve done a pretty good job of that this year. I’m definitely not worried about critics. I think everybody goes through stretches where they ball watch or let somebody cut behind them or just small things like that. But if the ball is in front of me, I’m great. It comes down to focus level and knowing where my guy is.”

Harden knows the jokes will follow him nonetheless, so he put his self-deprecating sense of humor to work and lampooned his less-than-stellar defensive rep in a recent Foot Locker commercial. The spot, titled “Defensive,” was shot over a couple of hours at a local Houston mall on the last Sunday in October. […] “My defense was the talk of the summer,” says Harden, “so we decided to hit it head on.”

Harden (42.1 DFG%) currently holding opponents to a lower field-goal percentage than defensive ace and Finals MVP Kawhi Leonard (44.3 DFG%). Harden is sixth in the league in defensive win shares with 2.9. During the 11 games Dwight Howard missed, he averaged 2.3 steals and 1.2 blocks. He’s fourth in the league in steals.