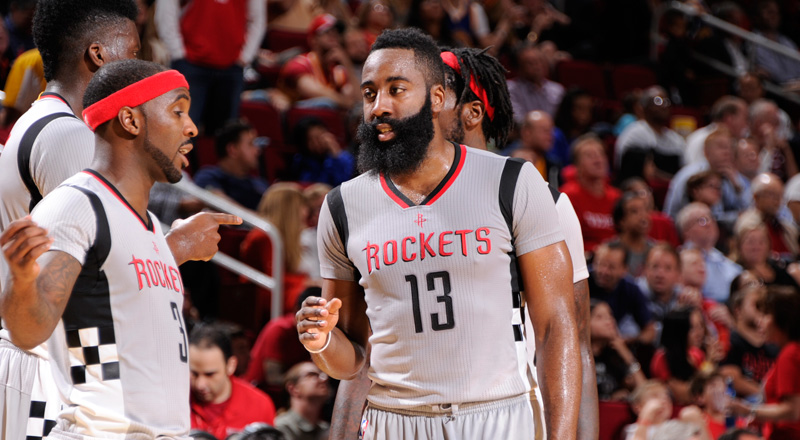 After the Rockets’ second straight blowout loss to start the season, James Harden said that the team has no rhythm.

A title favorite heading into the season, Houston was blown out by Denver in a surprising loss to open the season, and then lost by 20 to the defending champion Warriors on Friday. Both were on Houston’s home court.

Harden, who’s averaging 19.0 points on 25.6 percent shooting, told the Houston Chronicle that the team hasn’t hit its stride yet.

Rather than carry the Rockets through their rough spots as he had so often last season, Harden in particular looked bogged down and uncomfortable, misfiring outside and awkward inside.

“We’re just not comfortable,” Harden said. “New pieces. We just have to fit with each other. No rhythm at all. We have no rhythm. Guys don’t know where they’re supposed to be. It makes our offense tougher. We got to get it figured out.”

The Rockets, however, are playing just two players – guard Ty Lawson and forward Montrezl Harrell – who were not in their rotation last season, and the offense worked relatively well with Harrell in the first half and briefly with Lawson in the second half.

Harden, however, went from making six of 21 shots on opening night to four of 18 on Friday. In two games, he has hit three of 22 3-pointers.