James Harden Says Chris Paul Should Be an All-Star 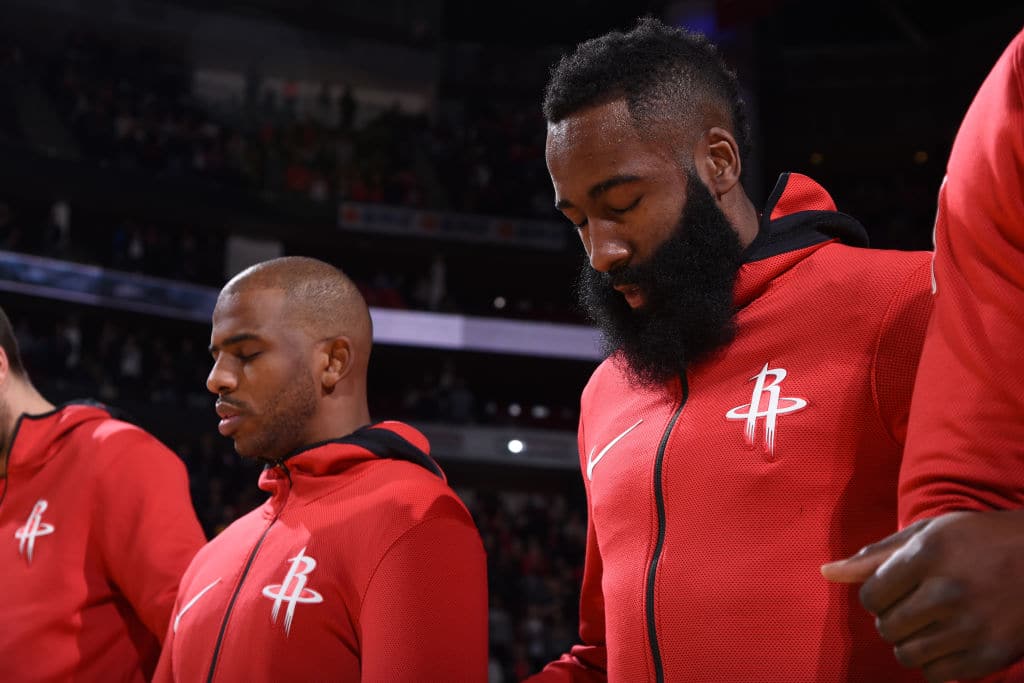 Chris Paul brushed off not making this year’s NBA All-Star Game, but teammate James Harden was quite vocal with his displeasure.

Harden argues that CP3’s dominant play and the Houston Rockets’ success should have Paul hooping during the mid-season showcase.

The nine-time All-Star point guard is averaging 18.8 points, 8.8 assists and a career-high 5.9 rebounds, but says that snubs “happen every year.

“Second-best overall record in the NBA, No. 2 in the best conference in the league,” said Rockets guard James Harden. “He averages what, 19 and nine assists? What are we rewarding? We’re winning and he’s putting up the numbers, there’s no question.

“Obviously, we have a lot of depth on this team, but I’m not doing it out there by myself. He’s controlling the games as well. When I was out, did you see the show he was putting on? Do you see what he’s been doing the last couple games? I don’t know what we’re rewarding now.”