James Harden Says Eric Gordon Is An ‘All-Star For Sure’ 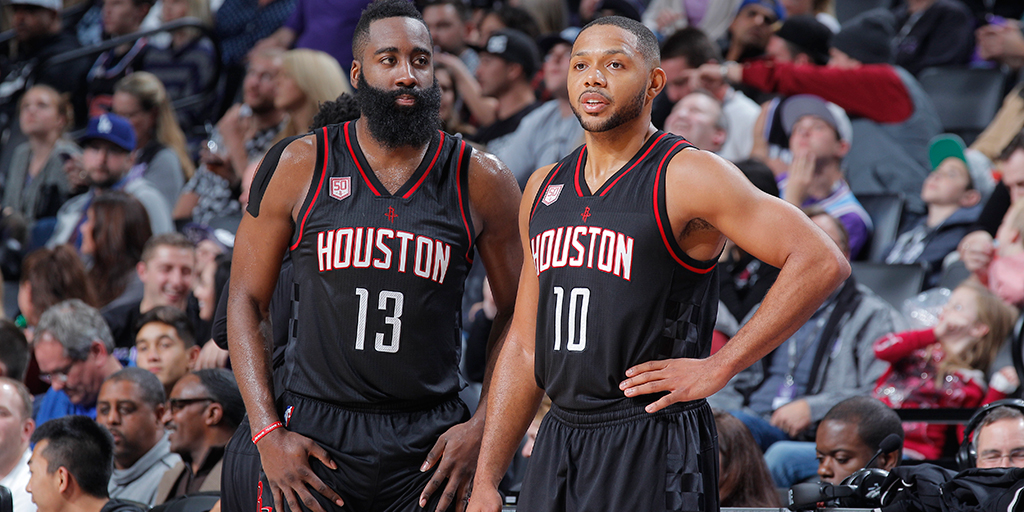 Eric Gordon is having a resurgence in Houston playing alongside James Harden and in Mike D’Antoni’s offense. The oft-injured Gordon has played in every game this season and leads the NBA in 3-pointers made at 136 and is averaging 17.7 points per game, his highest since the 2011-12 season.

After last night’s win over the Wizards, James Harden said his teammate should be an “All-Star for sure.”

“All-Star for sure,” Harden said, who racked up his third straight triple-double. “All-Star for sure. Especially with the record that we have right now. I mean, he sacrificed for the team. Obviously, he can start, but he sacrifices, comes off the bench, and he plays extremely well. He’s definitely an All-Star-caliber player troubled by injuries in his previous years, but he’s healthy, he feels great, he’s playing great.”

Gordon agreed that he’s playing well, but admitted that joining Harden in New Orleans as a bench player would be tough:

“I’m playing at a real high level, I will say that,” Gordon said. “I’m making threes at a high clip, and I’m scoring pretty well even though I’m coming off the bench. It’s always tough to see a guy coming off the bench be an All-Star, but we’re winning a lot of games. We’re going to continue being one of the best teams in the league, so as long as we maintain that, I’m fine with everything. I just let everything play its course.”