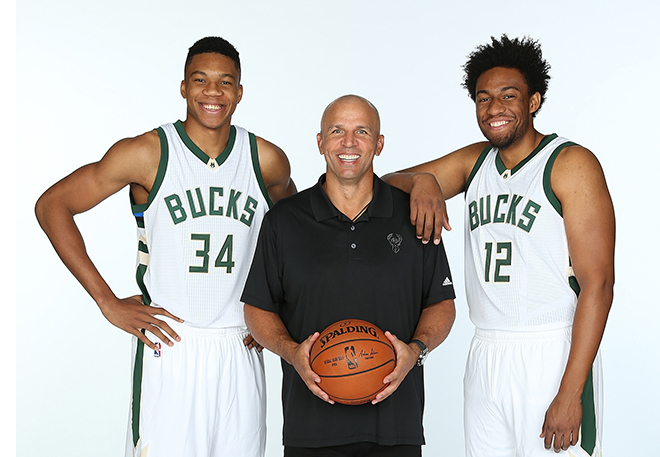 There were rumors swirling to be sure, including one that mentioned Dwight Howard.

“Those guys are vault guys,” Kidd said. “They’re in the vault. You don’t start a conversation with Jabari or Giannis.

“There’s no conversation to be had, right. So word gets around that those guys are untradeable.”

Howard has an option worth $23 million next season but he and his agent have indicated they plan to file for free agency. So any team acquiring him would have been looking at a short-term rental while giving up huge assets. The Rockets reportedly wanted a front-line player and a first-round draft pick in exchange for Howard. […] “I think all 29 teams would listen if a name like that came up,” Kidd said.