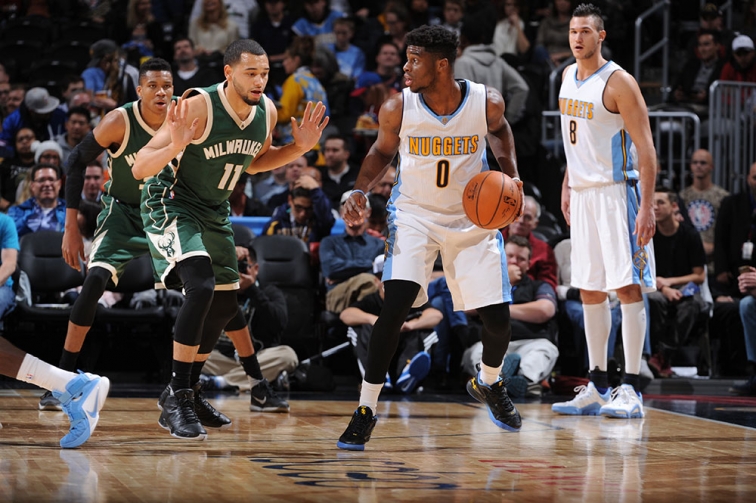 So, you were saying, Byron Scott?

Jason Kidd, one of the greatest floor generals in NBA history, thinks that Emmanuel Mudiay is already better than he was when he broke into the League two decades ago, and won co-Rookie of the Year honors.

Kidd says that over time, Mudiay will surpass what the future Hall of Famer did on the court.

At 19 years old, he’s very talented,” Kidd said. “He’s running the team, he’s not afraid to take a big shot. Some people have said that he can’t shoot, but he finds a way to put the ball in the basket. I think he enjoys to play the game, and I think for me, watching the tape on him is exciting. To see a 19-year old being able to run a team with his poise, and then also his skills. He has skills at the age of 19.”

Kidd — second all-time in assists — continues to carry the body of athlete still in the game, but coaches the Bucks. While running his team, he finds time to keep an eye on interesting things and players around the league. […] And he’s got an appreciation for the magnitude of the transition that Mudiay is trying to make, from high school and a dozen or so games professionally in China, to learning the ropes as a cornerstone player at the NBA’s most difficult position.


Asked if Mudiay compares favorably to him when he first broke into the NBA back in 1994, Kidd smiled again. […] “He’ll be better,” Kidd said. “He’s better already. Being able to run an NBA team at 19 is not easy. You look at some of the greats — Magic (Johnson) was able to do it. And you’re looking at this kid Mudiay, who has the opportunity to do something special. So, I would encourage him to be better than me, and I think he will be at the end of the day.”