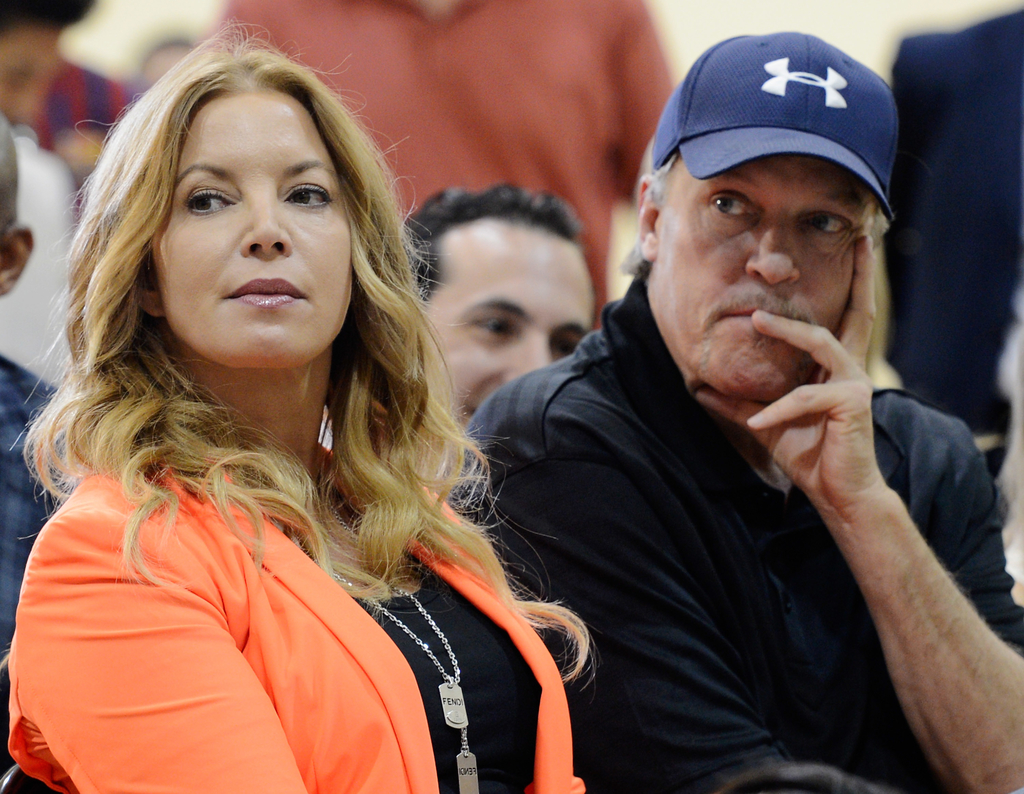 Two years ago, owner and team governor Jeanie Buss declared that co-owner Jim Buss would have to step down as president of basketball ops if the Los Angeles Lakers weren’t contenders by now.

She wasn’t kidding: Buss pushed her brother out Tuesday (along with GM Mitch Kupchak), put Magic Johnson and Rob Pelinka in charge, and apologized to the fanbase for taking too long to pull the trigger.

Buss says she could no longer stand the “erosion” of Laker basketball.

Per Spectrum Sportsnet (via PBT):

“It’s something I thought about for a long time, and once the decision became clear in my mind there was really no reason to wait,” Buss said. “In today’s NBA there is no offseason, you’re constantly preparing for the draft, for the season, for Summer League, so there was no time like the present.”

“This was a very difficult decision,” Buss said. “It was probably so hard for me to make that I probably waited too long. And for that, I apologize to Lakers fans. But now with clarity and direction, and talking to with Ervin, really knowing a change was needed, and that’s why we’re here today.”

“I wanted for the current (she meant former) front office to show us what Laker basketball was going to be. It just wasn’t going in a direction that was satisfactory for what this organization stands for,” Buss said.