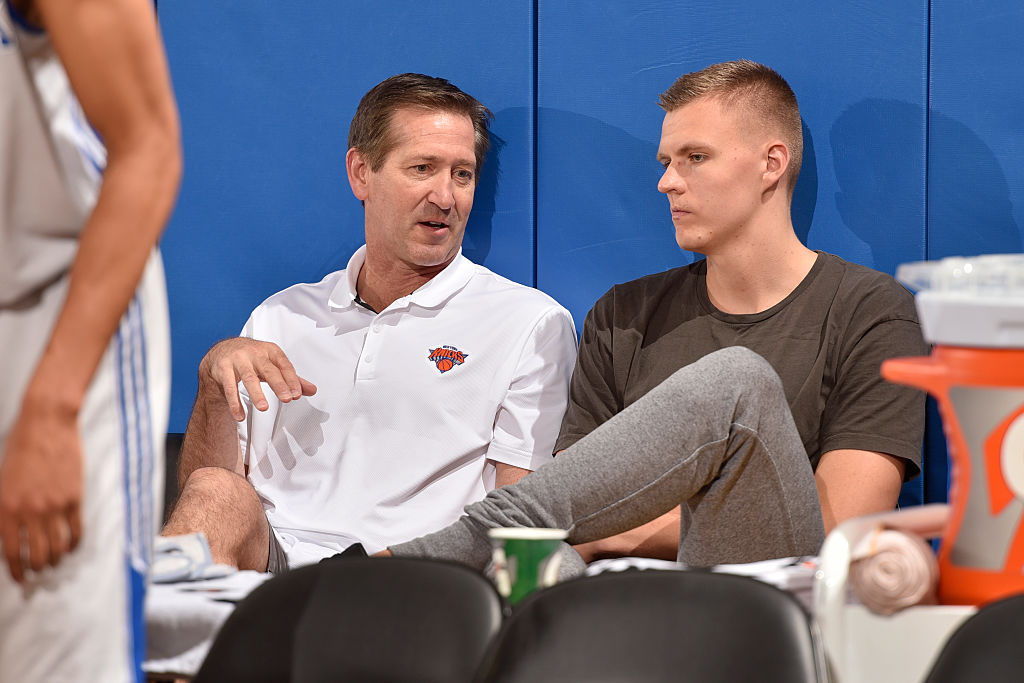 Knicks head coach Jeff Hornacek has “no doubt” that Kristaps Porzingis will be in New York in 2017-18.

The 21-year-old star had grown increasingly frustrated this season, blowing off an exit meeting with team president Phil Jackson, and fueling rumors that he may end up in a different uniform.

Hornacek on Porzingis: "There's no doubt in my mind he'll be on the roster." https://t.co/LJMiqmODif

Porzingis has said he wants to remain a Knick, but made it clear that it has to be in a winning environment.

“There’s no doubt in my mind he’ll be on the roster,” Hornacek said Thursday afternoon at the NBA Draft Combine.

Hornacek said he recently sent Porzingis a text. When he was asked whether Porzingis texted him back, Hornacek just smiled and did not respond.

After Porzingis blew off the meeting with team president Phil Jackson, general manager Steve Mills and Hornacek, ESPN reported that teams reached out to the Knicks to inquire about his availability. But Hornacek said the Knicks aren’t discussing dealing Porzingis.

“We expect him back,” he said. “I think everything’s going to be just fine when we get back.”

Related
Kristaps Porzingis: ‘The Thing I Want Most of All Is Winning’