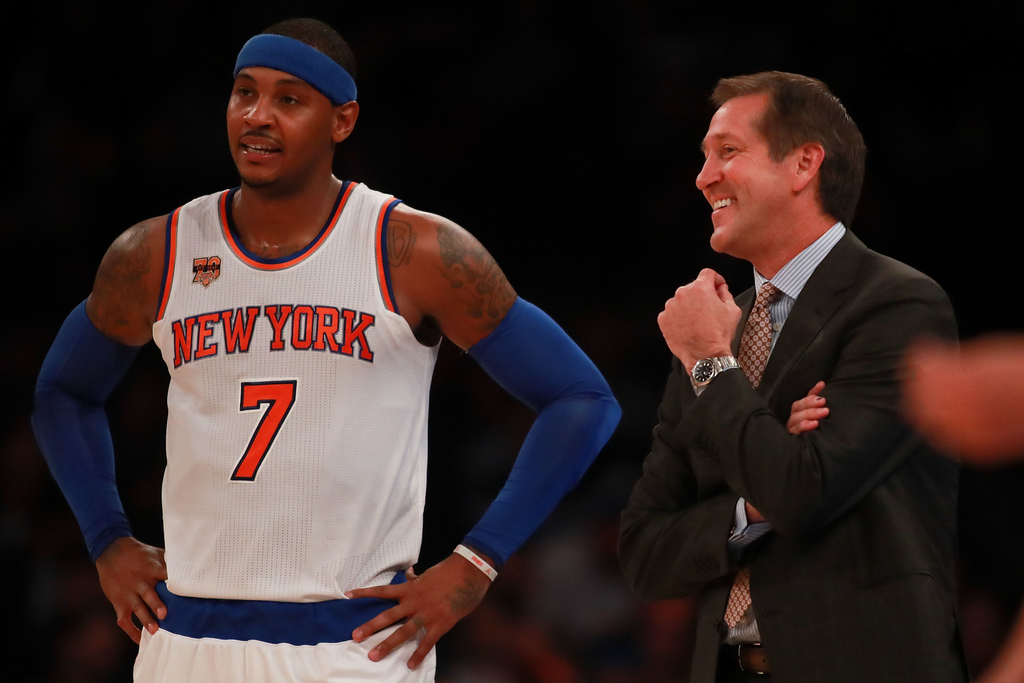 Knicks head coach Jeff Hornacek delivered a thinly-veiled warning to his players that either they get with the program (ie. Phil Jackson’s wildly-unpopular Triangle Offense), or find employment elsewhere.

New York will be running the Triangle next season starting from the first day of training camp.

Hornacek hinted that the Carmelo Anthony-Kristaps Porzingis-Derrick Rose trio may need to be broken up.

It marked the first time that Hornacek raised the possibility that one or more of the Knicks Big 3 won’t be on the roster next season. Rose is a free agent while Anthony, who was the subject of trade talks last month, is under contract through next season but has a player option for the 2018-19 season at $28 million. Anthony also has a no-trade clause.

“We just got to make sure that however the team is next year that we continue to get guys that play as hard as they can every play,” Hornacek said without referring to any one player. “The defensive intensity needs to be picked up next year. Scoring the basketball we have guys that can do that. But do we have the right fit of guys running the system. […] If we think that we can somehow – with a fresh start of training camp and go to it right off the bat if that helps us and Phil and Steve (Mills) – we think maybe the same guys on this team could have a different outlook on it then we’ll stay the same. If not they’ll look at other guys.”

“Most teams in this league they all kind of play the same way,” Hornacek said. “I don’t know if it’s a necessarily easier way or more fun way to play like all the other teams do. But there is something with the knowledge of when you can execute and pick teams apart if you can get to that stage it probably gives you your best chance. Everybody coming into next year we got to buy into the one way that we do it. We probably tried to piece too many things together this year and we could never get it together quick enough. So we’ll look at everything next year.”