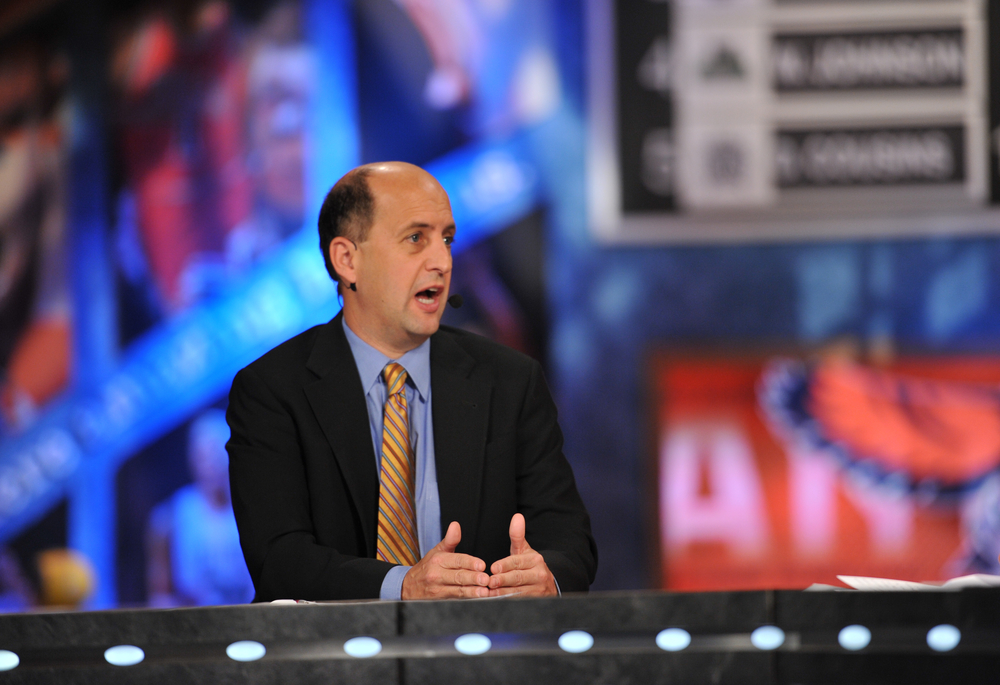 Coming off a 32-win season, expectations are sky-high for the new-look Knicks.

Jeff Van Gundy on the Knicks: "Their starting lineup has the potential to be a 50-game winner." Details here: https://t.co/9O5W9Tien5

JVG believes the squad can reach the postseason, but concedes that “the big unknown” is Rose’s health and play.

Per ESPN (via STASHED):

“I think there’s a lot [of factors] that are sure things,” Van Gundy continued. “I think [Joakim] Noah is going to be a sure thing as far as how he plays. [Kristaps] Porzingis is going to have a better second year than he had as a rookie. I think he’ll be outstanding. [Carmelo] Anthony I think is going to be very, very good. Courtney Lee is going to be excellent as a glue type of guy in their starting lineup.

“I think a lot comes down to [Derrick] Rose’s health and play and then the bench. It will be interesting to see how that works out. But I certainly believe their starting lineup has the potential to be a 50-game winner without question.”

Related
Derrick Rose: ‘We Have a Chance to Win Every Game’