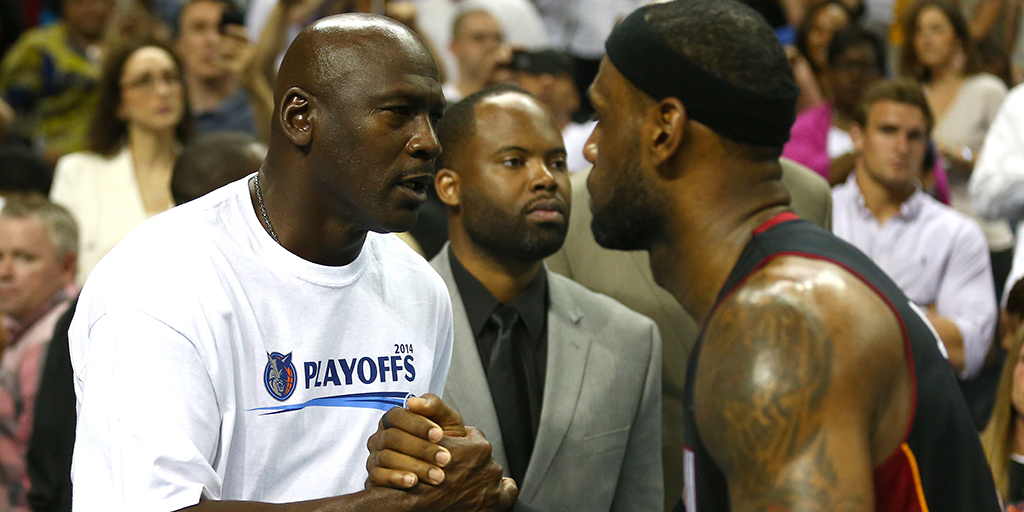 As LeBron continues his dominance of the Eastern Conference and chases another ring, the Michael Jordan comparisons are going to be louder than ever.

Jeff Van Gundy joined Zach Lowe’s The Lowe Post podcast this week and said that the LeBron James-Michael Jordan conversation is “relevant right now, whether he wins a championship or not.”

Celts-Wiz talk w/ JVG starts around 46:30 on today's Lowe Post if you want to listen before tonight's game https://t.co/2UhnI0Z542

The conversation is relevant right now, whether he wins another championship or not … He’s playing at peak prime production and efficiency this late in his career … The conversation is already relevant. I’m not going to go as much on Championships … If you’re going to talk about best careers, there’s no way you can say it’s not close. It’s close. Already. If he runs off another two-three years like he’s going at right now, you’re talking about 17 years like this? It’s going to be amazing.

JVG also said that if the Cavs beat the Warriors in this year’s Finals, the conversation on whether LeBron is better than Michael “begins in earnest.”

If they somehow win the title … if they get to the Finals and beat this Warriors team, the Lebron- Jordan thing is now a debate. I know that’s sacrilegious … If he has four rings to six, and he beats a 73-win team and then beats that same team again with Kevin Durant … and he’s on pace to be perhaps the leading scorer in the history of the NBA and one of the three-four best passers ever … I’m out of ways to describe it and praise it … If they actually pull this off, that conversation now begins in earnest.

On Monday’s edition of “KG’s Area 21,” Paul Pierce echoed Van Gundy’s sentiments and said that he thinks “in the back of [LeBron’s] mind, he wants to be better than Michael Jordan.”