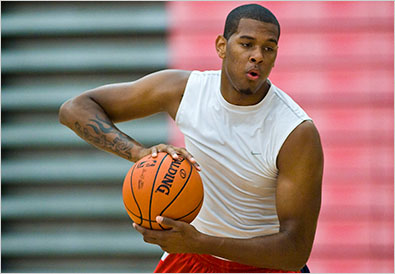 “Tyler, who had orally committed to play for Rick Pitino at Louisville, has yet to sign with an agent or a professional team. His likely destination is Spain, though teams from other European leagues have shown interest. A spokesman for Louisville said the university could not comment about Tyler.”