Jerry Reinsdorf: ‘It Was Time’ to Trade Derrick Rose 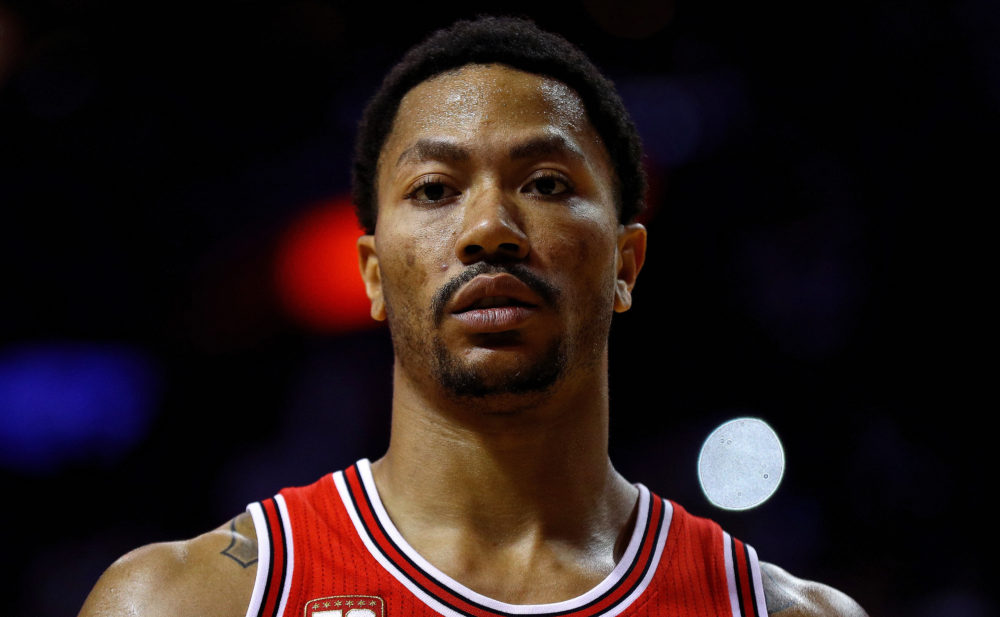 The Chicago Bulls traded Derrick Rose to New York this summer, and team owner Jerry Reinsdorf says it was time for the franchise to move on from both Rose and Joakim Noah.

On eve of Hall of Fame induction, Jerry Reinsdorf talks current state of Bulls and strolls down Memory Lane. https://t.co/td178nocPW

Reinsdorf is still angry about how last season ended with the Bulls missing the Playoffs.

Reinsdorf said he's confident Wade, Rondo and Butler will work because they're "high character guys who want it to work."

Reinsdorf on end of Rose/Noah, era: "It's disappointing because I had high hopes for group. All the injuries to Derrick were disappointing."

“What we felt was it was time,” Reinsdorf said of Rose’s trade. “We felt Joakim wasn’t going to be a frontline guy anymore. I was pretty confident that Pau (Gasol) was going to leave. So it was important for us to get the center in (Robin) Lopez. It was time for Derrick to go on and play someplace else and try to establish himself. Gar (Forman) and (John Paxson) were high on the Grant kid (Jerian). We thought that was the necessary first step no matter how we were going to go.”

“It bothered me a lot,” Reinsdorf said of last season. “Normally, two games above .500 gets you into the playoffs. But we lost a lot of games to some bad teams. That’s what was frustrating.”

“I thought sure he’d go back to Miami,” Reinsdorf said of Wade. “But it’s great. It’s a tremendous addition, not only as a player but to our culture. Right off the bat, he wanted to know what he could do in the community. He has his own plans. So does Rajon. These guys are going to be a real plus. Despite the fact some (media) seem to think we got older, we have a pretty young team. So the older players are going to be great mentors for our seven guys with three years or less of service. We’re going to be competitive. I’m not predicting anything. But remember, as bad as we were last year, we beat Cleveland three out of four and Toronto four out of four.”