Jerry Sloan Reveals He Has Parkinson’s Disease and Dementia 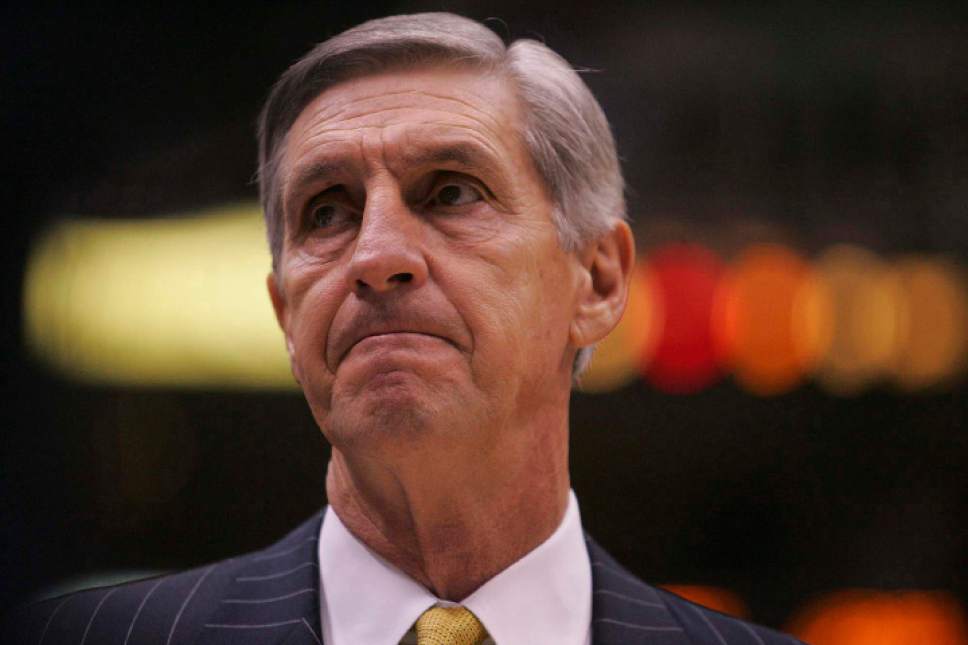 Hall of Fame coach Jerry Sloan has gone public with his Parkinson’s disease plus Lewy body dementia, but the legendary bench boss says no one should feel sorry for him.

"We send Jerry and his wife Tammy our love, support and best wishes.”

Sloan, 74, is the third-winningest head coach in NBA history.

He played in the League for 11 seasons, and spent his entire 23-year coaching career with the Utah Jazz.

Per the Salt Lake Tribune:

“I’m not looking for publicity,” he tells a reporter. “But I feel I have to talk straight to people so they know what’s going on.”

There is no cure for Parkinson’s disease, although, in some cases, medication can “markedly improve symptoms.” But in Sloan’s case, the symptoms continue to progress. […] Lewy body dementia is a neurological disorder that manifests itself as difficulty with memory, problem solving, planning and analytical thinking. While the numbers differ, Lewy Body Association says about 1.4 million Americans have the disease.

Sloan also must pass a test every six months to keep his driver license. He did so last fall and hopes to do it again, even though (his wife) Tammy does most of the driving. […] “That test a little intimidating at this point,” Sloan said. “But I don’t want to be complaining. You do what you can do. People have to live their own life without worrying about someone like myself.”