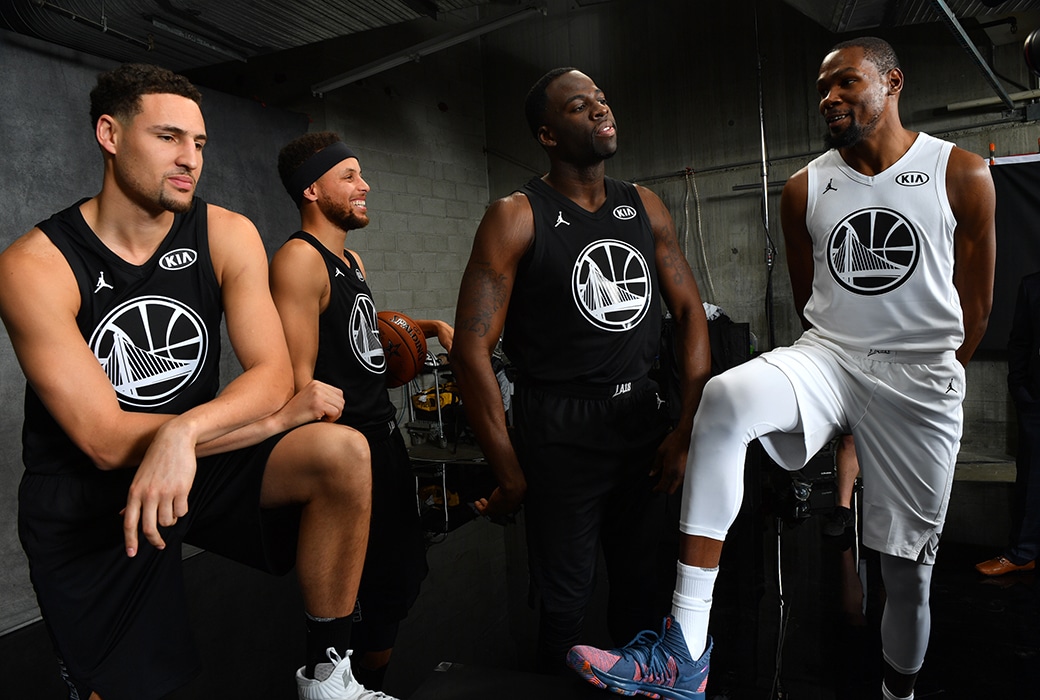 Jerry West spoke about all four Warriors‘ All-Stars and said that he still roots for the team.

While guesting on the “TK Show” with Tim Kawakami, West, now a Clippers executive, explained why Kevin Durant, Stephen Curry, Klay Thompson and Draymond Green are unique (starting at 7:44):

“Kevin Durant, I don’t know— obviously, he’s one of my favorite players I’ve ever watched play. His size, the efficiency that he plays the game is scary.

“And then you have Steph over there, your little, your next-door-neighbor kid. Let’s go play with him. And then you get out there, and then you find out, Oh my god, this guy’s a killer. But pretty unique combination of that.

“And then the complementary players, in their own right, they’re great. There’s Klay Thompson. He just goes and plays. He never seeks any credit. He just plays and really competitive.

“Draymond, the guy that drives the horse. They’ve got some really unique players up there, and it’s still fun for me to watch. I watch them play. I root for them, because I know some of the players.”

RELATED:
Jerry West Says Basketball ‘Is Going To Overtake All The Other Sports’