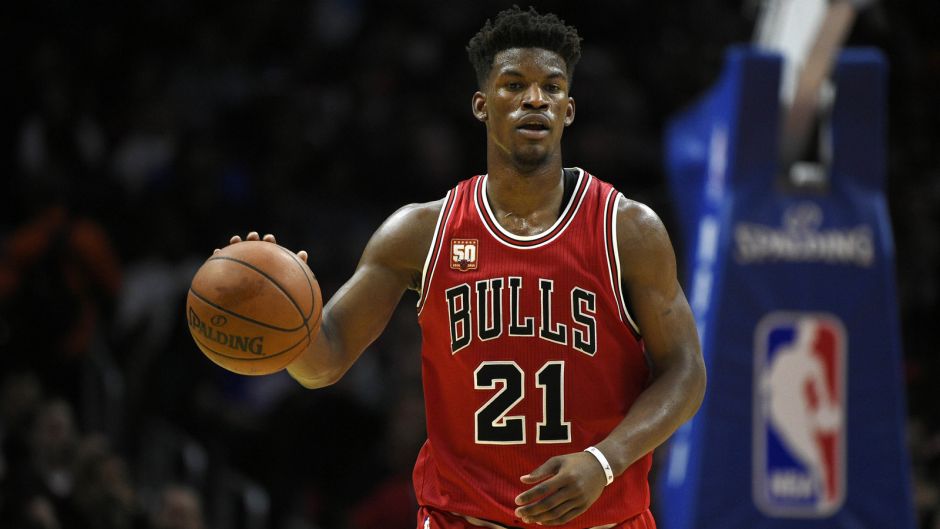 According to a report out of Chicago, Bulls All-Star guard Jimmy Butler may be headed for offseason surgery to repair his bum left knee.

If Jimmy Butler has offseason knee surgery, it'll be news to his inner circle & doctors who declared knee to be structurally fine.

Butler, who admits that he’s been hurting the team with his play since returning from a stint on the Chillin’ List, says he’s hopeful that a surgical procedure won’t be necessary this summer.

The Bulls are reeling and currently sit on the outside of the Playoff picture.

Per the Chicago Sun-Times:

According to a source, Butler was told that exploratory surgery on the knee was in play as soon as the season comes to an end. […] And while he was initially vague when asked about it, the All-Star didn’t take that scenario off the table.

“Maybe. I hope not,” Butler said. “Is my knee the same as it was before the injury? No. But I want to play, man. And at times I feel like I’m hurting this team. That’s the most disappointing part because I’m not the player I was. I don’t know if there’s something really wrong in there, but it’s not really right, either. But I’ll be fine. I have to figure out a way to help us win playing with this. That’s all I’m worried about.”

He was averaging 22.4 points and 5.2 rebounds per game before the knee betrayed him and shooting 46 percent from the field. Since making his return, however, he was averaging 15.8 points and 5.0 rebounds while shooting a dismal 39 percent from the field. […] “I think it’s getting over the mental right now,” Butler said of the knee. “It’s more mental. And usually I can get into the gym and get into it, but the way these games are coming on the schedule, you’ve got to rest your body. That’s the hardest part. I don’t want this offseason to start early, that’s for sure. But if [the playoffs don’t] happen, I can get back into the gym and work on what I need to do. Right now I have to do it in the game and do it under fire. It’s just not reacting like I want it to.”