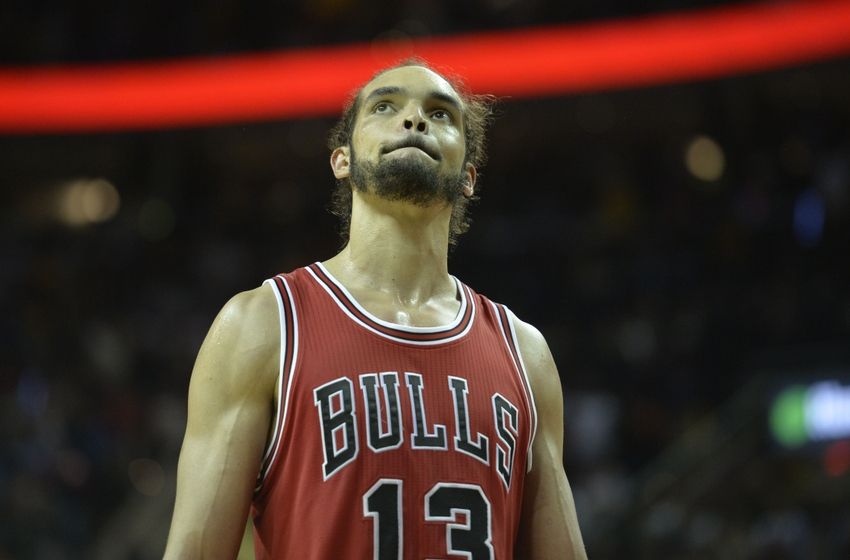 Chicago Bulls head coach Fred Hoiberg recently told the media that Joakim Noah made the suggestion to come off the bench, something the big fella says is not true.

Noah is willing to go with whatever the team feels is best.

To make clear, Noah wasn't upset at all. Just wanted to make clear he didn't ask to come off bench.

Asked Hoiberg about it: "We had a very easy conversation. He said I feel I play well with Taj."

Nikola Mirotić has started for the Bulls in the first two games of the young season.

“I never said I want to come off the bench,” Noah said following Friday’s morning shootaround. “I said I’ll do what’s best for the team.”

The disparate stories first formed when TNT broadcaster Reggie Miller, presumably based off his pregame conversation with his former Pacers’ teammate Fred Hoiberg, casually mentioned during the opening night broadcast that Noah approached Hoiberg and said he wanted to come off the bench. […] That story line gained traction when Grantland.com published an interview with Hoiberg in which, answering a question about how the conversation went when he told Noah he wouldn’t start, the coach again said Noah approached him.

“The truth is I think I’m more effective playing (center) than (power forward). And I think Pau (Gasol) is the same,” Noah said. “And we have two very good (power forwards). So this makes more sense.” […] “I don’t remember; pick whichever one you want,” Hoiberg said. “He came to me and we had a discussion about it. He talked about he really liked playing with Taj (Gibson). And I think Niko and Pau play very well together. I’ll let you figure out if that’s story A or story B. We had a very easy conversation. I give him a lot of credit for initiating that conversation.”