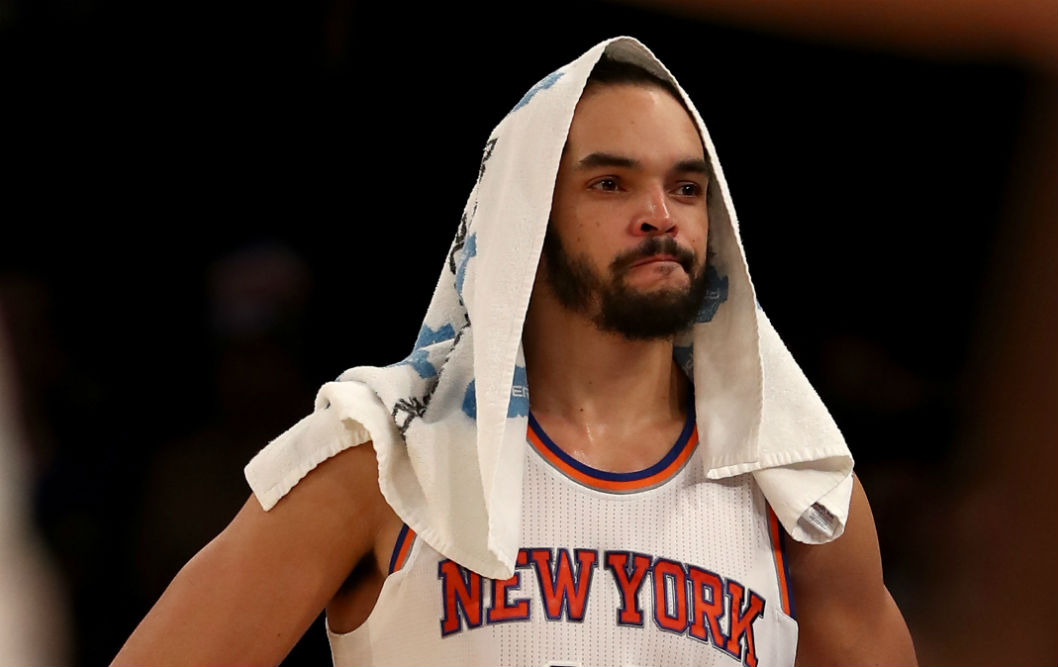 You gotta feel bad for Joakim Noah. He established his reputation as one of the League’s biggest competitors, a man who truly loved the game.

His last season with the Bulls ended with an injury to his left shoulder and now that same injury’s back. According to Adrian Wojnarowski, Noah is set to have surgery on his left shoulder to repair a torn rotator cuff. He’ll be in rehab for four to six months.

Noah signed a four-year, $72 million deal with his hometown New York Knicks last summer. He appeared in 46 games this season before going down with a knee injury in February. On top of that, the 32-year-old was suspended for 20 games for taking a banned substance.