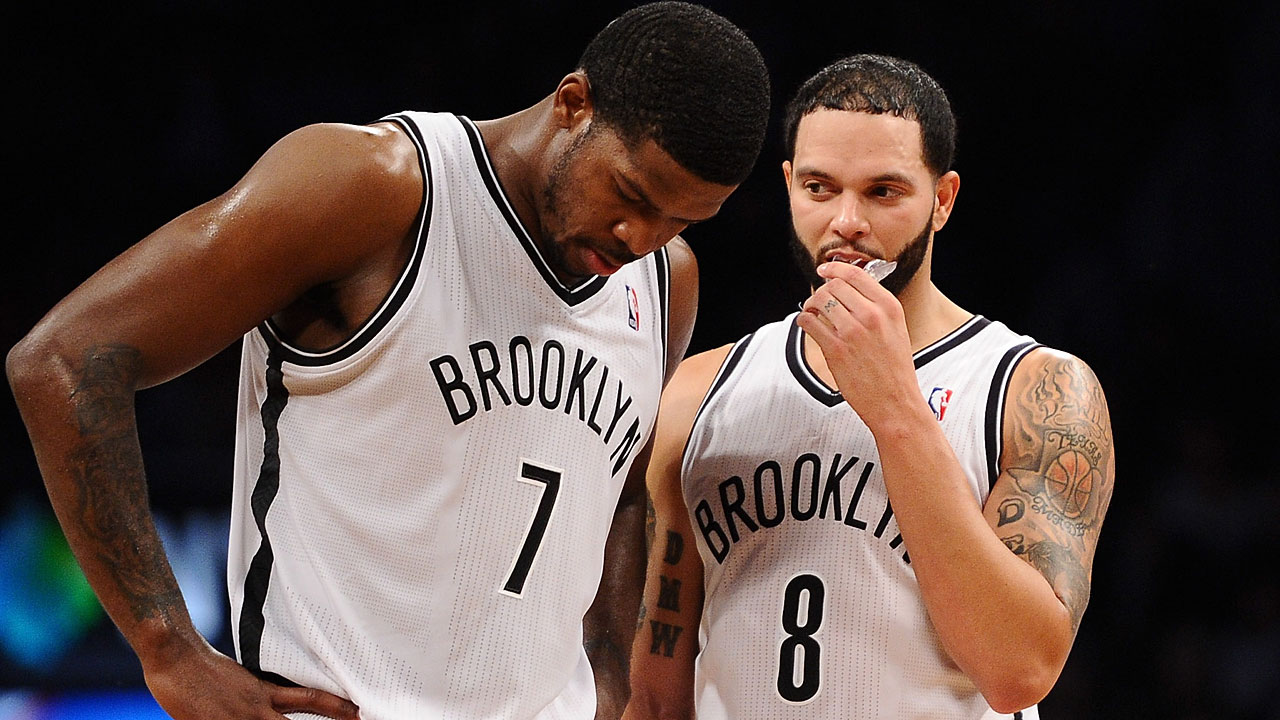 Deron Williams extricated himself from the burning wreckage that is the Brooklyn Nets, landing in Dallas on a two-year deal, and former teammate Joe Johnson can’t figure out why D-Will bolted.

Williams and Johnson haven’t spoken since the point guard changed addresses this summer.

“What did he have, like two years left on his deal?” Johnson said Monday at Nets media day. “I don’t know if he wanted the buyout, if they just bought him out. I don’t know. I’m just saying if he wanted to get bought out, I don’t think it was that big of a deal, that bad. That’s just me.”

Johnson said he hasn’t spoken to Williams since he left, something that offered insight into their relationship. A moody Williams often alienated himself from his Nets teammates, including Johnson. […] When they acquired Johnson in the summer of 2012, the Nets marketed the two as the league’s best backcourt, introducing them to the masses together at an elaborate ceremony at Brooklyn Borough Hall. But Williams did not consistently produce a level of play worthy of his five-year, $99-million contract. He succumbed to a rash of injuries that ate into his explosiveness and overall effectiveness.

Understanding the nature of the business, Johnson figured that after the Nets lost to the Hawks in the first round of the playoffs in April, the roster wasn’t going to look the same heading into 2015-16. A voluntary departure by Williams wasn’t on his radar, though. […] “Honestly, I didn’t know what was going to happen — if I was going to get traded, if he was going to get traded,” Johnson said. “I didn’t really know. But I didn’t see that coming. I didn’t see that coming, him getting bought out. I don’t think it was that bad. It’s not that bad here, so to be wanting to get bought out, I couldn’t really put my fingers around that one. But I hear that he’s happy, so that’s the most important thing for him. He’s back at home. So good for him.”