Joe Johnson Prepared if the Brooklyn Nets Trade Him 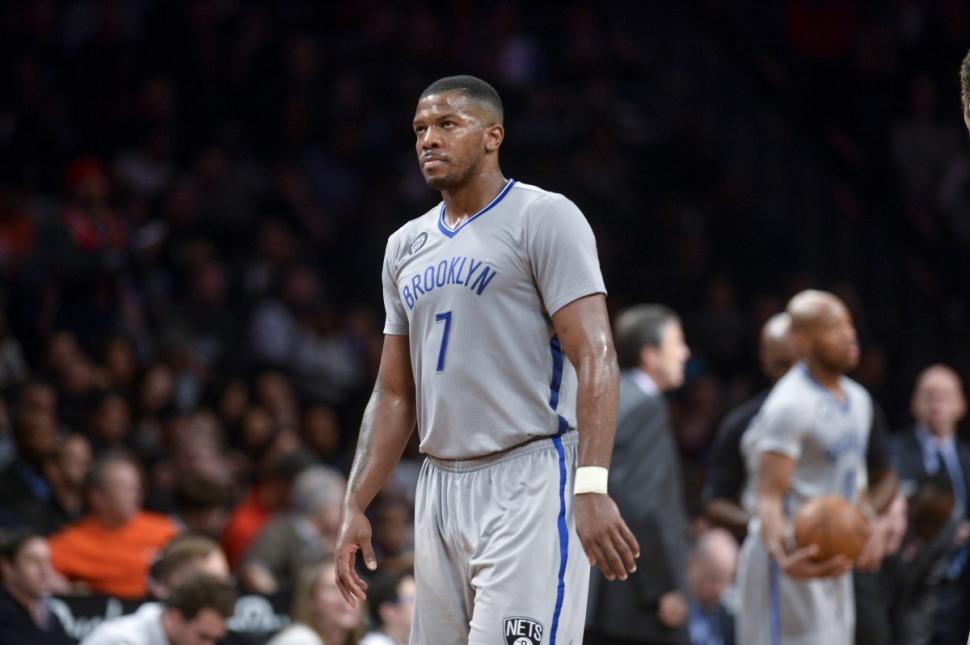 Brooklyn Nets swingman Joe Johnson knows the team is shopping him, and that’s fine by the 33-year old veteran.

Should the Nets trade or retain Johnson, he says that he’s prepared either way.

Despite the rumors, Nets head coach Lionel Hollins doesn’t expect his roster to change by the Thursday afternoon trade deadline.

“The rumors are true,” Johnson said after Wednesday’s late-night practice in L.A. “My name is out there (in trade discussions). Anything is possible. I’m definitely going to have my phone on.”

As one of the highest paid players in the NBA, Johnson has been shopped and linked to a variety of teams — including the Hornets and Pistons. However, a team source refuted that there was any traction to the discussions with Detroit, which reportedly included a package surrounding Pistons point guard Brandon Jennings. […] “There is nothing,” the source said.

Johnson, who used the long All-Star break to rest the tendinitis in his knees and feels “refreshed,” is prepared for a surprise. […] “At some point in time, I’m going to have to leave. I’m going to have to go,” Johnson said. “If the organization decides on keeping me, great. If I have to get traded, it’s part of it. Either one. I’ve heard so many rumors. My name has come up in different trades so I just have to wait and see.”