Joel Embiid Denies That He Now Weighs Close to 300 Pounds 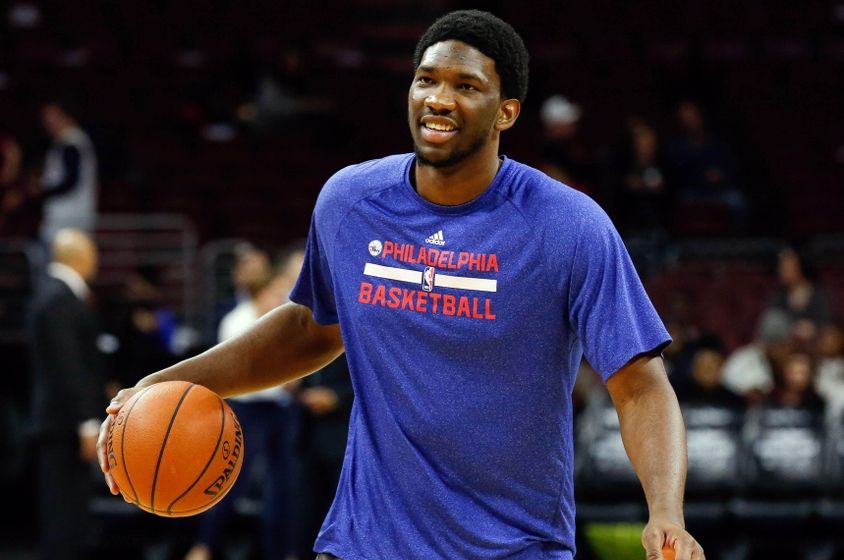 Following a report that Philadelphia Sixers rookie Joel Embiid’s weight had ballooned to close to 300 pounds, the big fella didn’t provide any details, but said that the number is incorrect.

The Sixers insist that Embiid, who’s expected to miss the entire season recovering from right foot surgery, has gained no more than 25 pounds since the NBA Draft.

Embiid was sent home from the team’s recent West Coast swing after a reported blowup with a member of the training staff.

“I don’t weigh that,” Embiid said in passing at a D.C. hotel Sunday night with the Sixers in town to face the Wizards for a Martin Luther King Day matinee.

A team source backed him up, stating that 275 pounds has been the maximum weight for the 7-footer whom the Sixers selected with the third overall pick in last year’s draft.

Embiid weighed 250 pounds while playing for Kansas last season, but while he’s been recovering from a foot injury, his weight has been a concern. Head coach Brett Brown said earlier this month that it was being addressed. When Embiid was sent home from the team’s West Coast trip a few weeks ago, Brown said it was so he could be part of a more “structured, stable environment.”