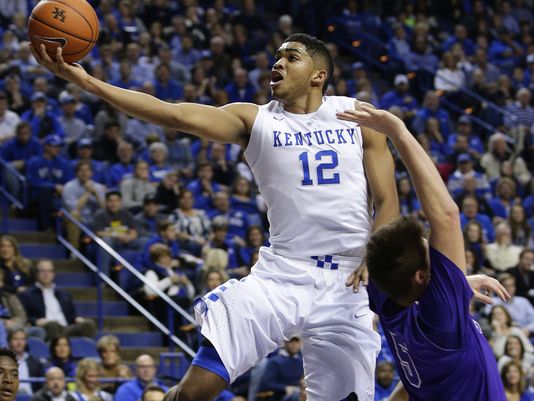 As Draft night 2015 nears (Thursday, June 25) new mock drafts continue to be generated with surprising alterations. However, it seems that most “experts” continue to agree that Kentucky big man Karl-Anthony Towns will be the first overall selection by the Minnesota Timberwolves.

According to his college coach, John Calipari, that isn’t a problem for Towns. Despite the more “sexy” Lakers holding the No. 2 overall pick, Towns is ready to rock in Minny, if that’s where he winds up.

Calipari on Towns: "He likes Minnesota. He said from day 1 'I'll go to Minnesota, let's build a franchise.'"