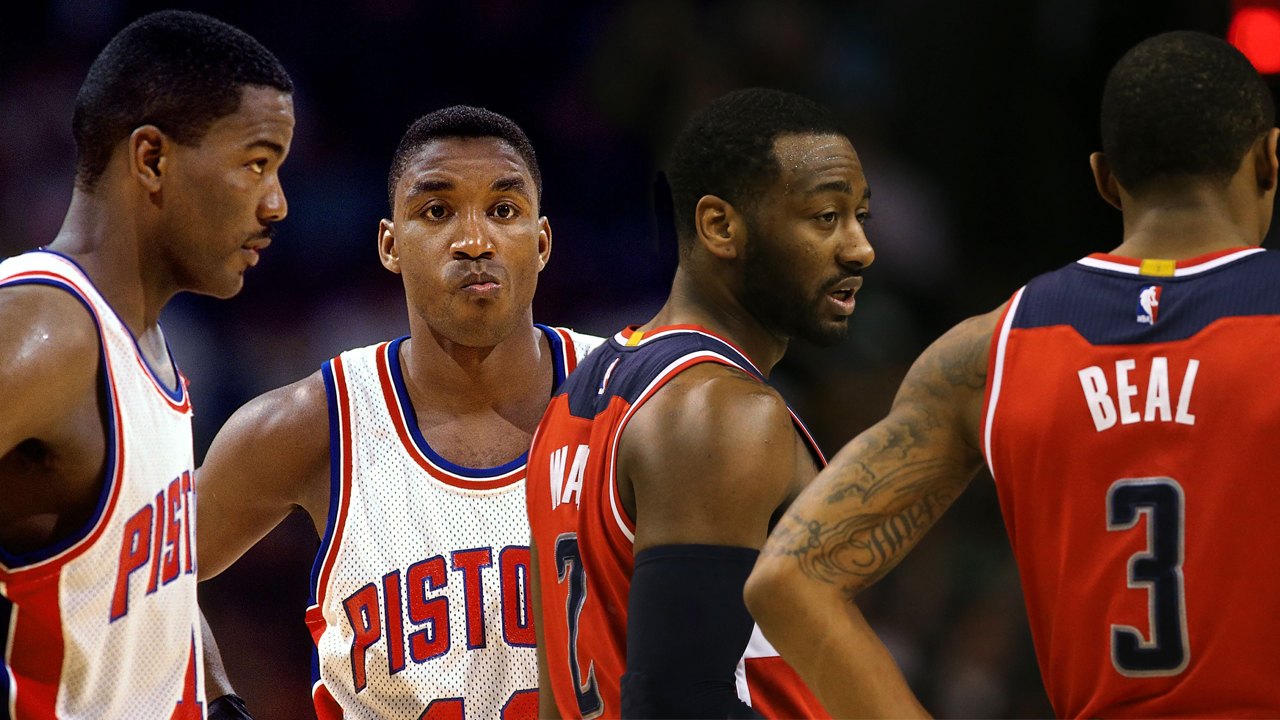 For years, John Wall has called himself and Bradley Beal the best backcourt in the NBA. And for years, injuries have prevented the Wall and Beal from living up to the lofty claim.

This season, however, both Wall and Beal have stayed on the court, and it’s no coincidence that the duo has led the Wizards to their best season in 38 years.

As a historian of the game, Wall sees a lot of similarities between himself and Beal and Hall of Famers and Detroit Pistons greats Isiah Thomas and Joe Dumars.

[Wall and Brooks] began quizzing each other on the eternal hoop questions: Down three, 28 seconds to go, foul or not?

The subject changes with the day. Best team ever? Best two guard ever?

Best backcourt ever? Wall views Isiah Thomas and Joe Dumars as a model for himself and Beal.

Thomas and Dumars played nine seasons together in Detroit and led the Pistons to seven straight playoff appearances and two NBA Championships.

A lofty comparison, but an apt one? Let us know what you think in the comments.

RELATED:
John Wall: ‘I Want To Be On Top of That MVP List’