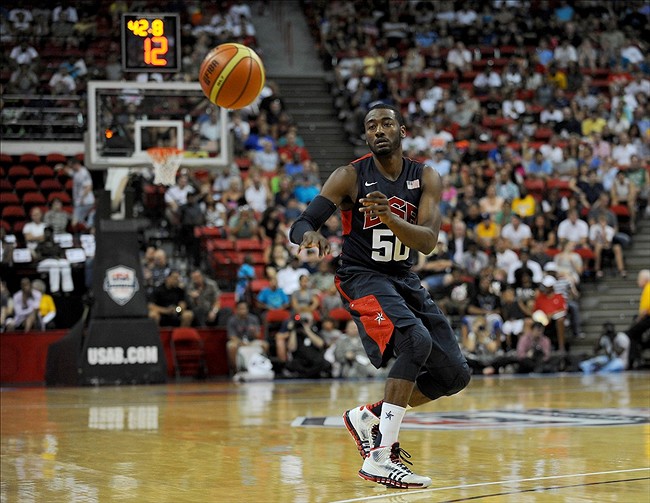 The point guard competition at Team USA tryouts the past few weeks has been stiff—Kyrie Irving, Damian Lillard, Stephen Curry, Derrick Rose and John Wall were all looking for a spot on the squad. Unfortunately, Wall was the odd man out, and he was cut from the team last week. But he’s using the experience as motivation moving forward. Per CSNWashington:

Wall, who had treatment on his knee last month, stated he was pleased with his performance during the week.

“It was cool. It wasn’t bad at all,” Wall said of his left knee. “I got through the whole week. I thought I played pretty well. Things didn’t go in my favor. But, we’ll (get) past it.”

[…] Wall didn’t use the relative lateness of the invitation as an excuse, especially since he’s shown plenty in the past.

“I’ve been (around) for four years in a row. I think that’s enough time,” Wall said. “Everybody had the same fair amount of time as far as being (in Las Vegas) and playing. I think [Team USA] already had kind of in their mind what they wanted to do and what decisions they were going (to make).”

[…] “Not even (against) just those (Team USA point guards), but the NBA, period. I guess I’m overlooked again. I guess have to prove myself one more time.”