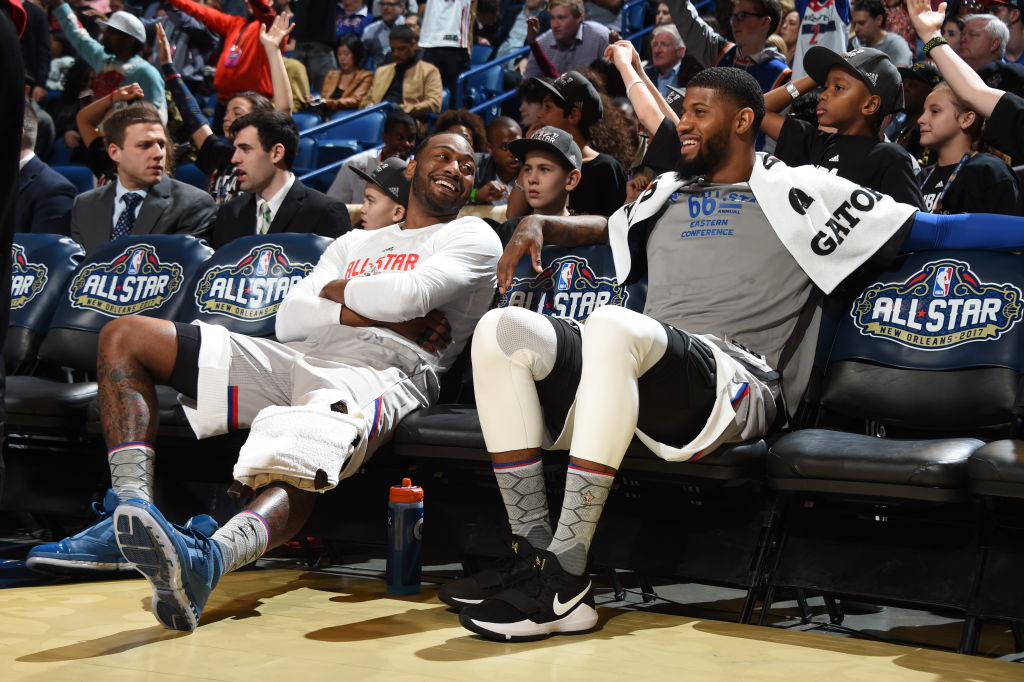 The Washington Wizards can now officially be added to Paul George‘s list of suitors, according to John Wall.

Wall says he knows where his friend and fellow All-Star “wants to be.”

Wall believes George can get the Wizards over the hump in the Eastern Conference.

“I am talking to some guys — Paul. I know his ultimate goal of where he wants to be. I’m trying to see if we can make something happen,” Wall said before the NBA awards on Monday night.

The Wizards have had trade conversations with the Pacers, a source said. The source added that the Pacers have been patient and no deal with the Wizards is close at the moment.