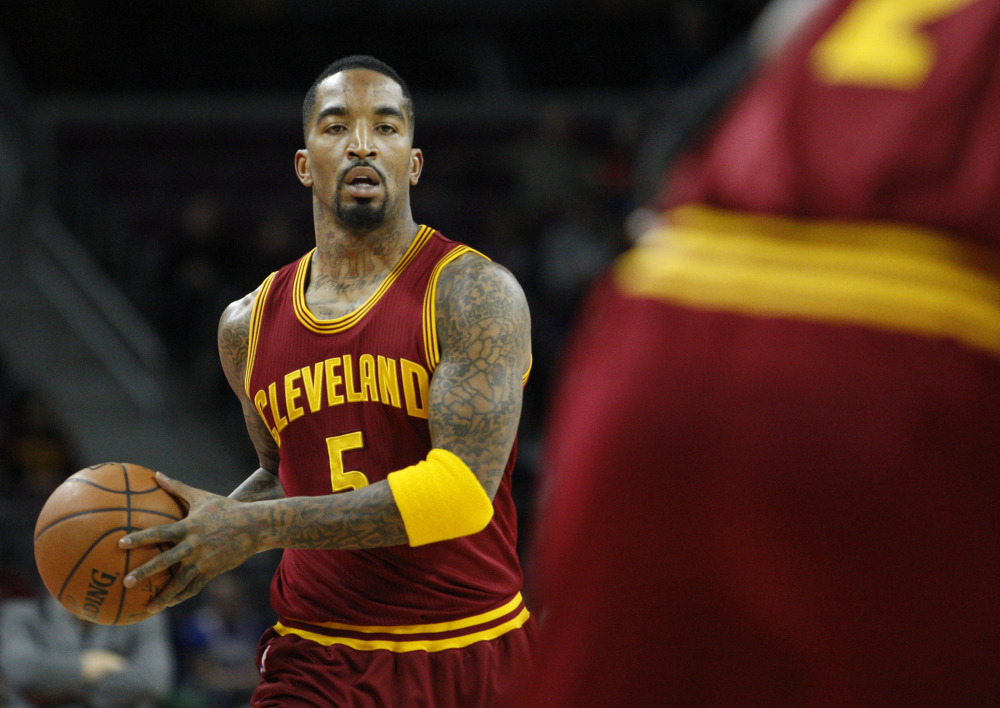 Cleveland Cavaliers shooting guard JR Smith was back in New York Sunday to face the Knicks, and had himself a hell of a time beating up on his old squad.

Smith, who Cavs head coach David Blatt called a “dream” and a “Godsend”, says he’s found his fit on the surging Cavaliers.

JR was never a big fan of the famed Triangle Offense, which the Knicks have bungled spectacularly. He thinks it might even hinder them in their chase of free agents this summer.

“I don’t want to say I felt different [since the trade], [the system] was just easier to play,” Smith said. “The style of basketball we play suits my game — run and gun, shoot open shots. Just play. […] It was tough from a mental standpoint. You start second-guessing yourself and your talent to a certain point. So many guys thrived in that triangle, and you want to put yourself in that class. Not living up to it is kind of disappointing.”

Asked the toughest part of mastering the Derek Fisher/Jackson system, Smith gave his most detailed complaint yet. […] “The toughest thing is we didn’t run enough,” Smith said. “With the talent we had, there was no transition offense. It was bring the ball up, run our set and go from there. Everything is a read. So I may not be reading the same thing as the next person is reading. Before you know it, you got turnovers, missed shots and bad transition defense.”

Smith went as far as saying the triangle can limit the Knicks in free agency. […] “You could look at it as a chance to play in New York, one of the best cities in the world, and get a chance to play for the guys who’ve won more rings than anyone in the business,” Smith said. “It’s a matter if the situation fits your game. If you’re a freelance player who likes to play up and down, it’s not going to suit your game. If you like to play in the halfcourt and move the ball and sacrifice, it is your situation.”