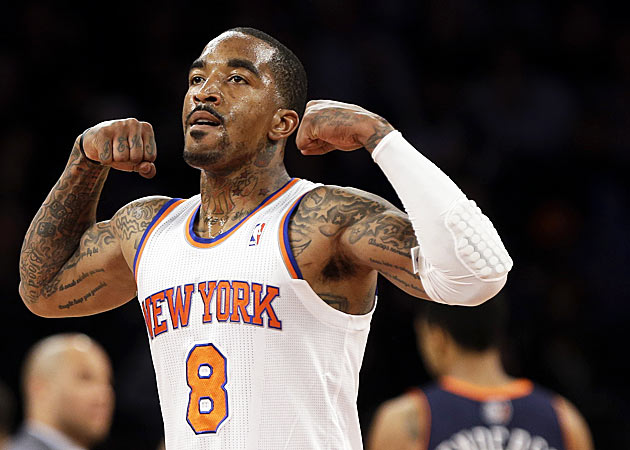 Having tried virtually everything else with varying degrees of success, New York Knicks guard JR Smith says one of his goals next season is to transform into a team leader.

We don’t know what this means to JR as he heads into year 11, but certainly can’t wait to find out. Per ESPN:

“Be a leader,” Smith said in an interview on Thursday at his foundation’s annual golf fundraiser. “We’ve got so many younger guys around. A lot of the older guys left within the last two years. So be more of a leader and help out.”

“Just ‘show instead of say’ and stuff like that,” Smith, speaking at his fundraiser for the J.R. Smith Youth Foundation at Eagle Ridge Golf Club, said when asked about his leadership approach. “’Sheed [Rasheed Wallace], J Kidd [Jason Kidd] — those guys led by example and that’s what I’m going to try to do.”

“Absolutely. We should be,” Smith said (when asked about the Knickerbockers being a Playoff squad.) “We should have been one last year. This year, definitely.”