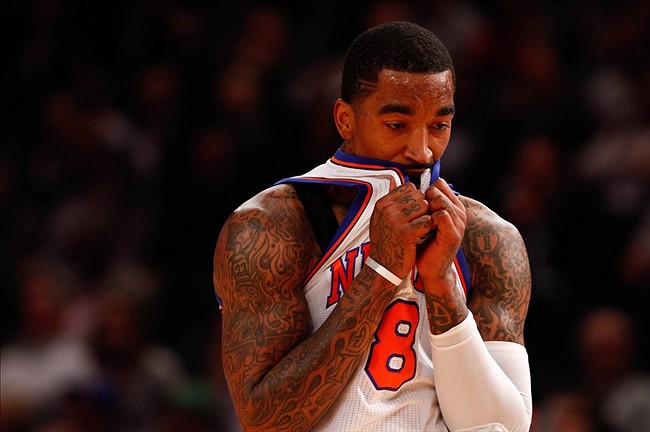 Coming off what he considers the worst season of his NBA career, JR Smith seems surprised that he’s still wearing a New York Knicks uniform. The embattled guard says he wouldn’t have blamed Knicks president Phil Jackson if he had dealt him away. Per Newsday:

“I was playing like a person who didn’t want to be there, not looking as focused as a person who should be in the situations we were in,” Smith said Wednesday morning on ESPN’s “First Take.” […] “I believe it was the worst year I’ve had in the NBA, including my rookie year.”

It was certainly a bizarre one. Before it even began, Smith, who was recovering from left knee surgery, was suspended five games for violating the terms of the NBA/NBPA anti-drug program. When he returned, he struggled to find his shot, shooting only 32.8 percent in November. In January, the league fined Smith $50,000 after he twice tried to untie an opponent’s shoelace during games.

“None of the things I had going on in my mind were working,” Smith said, adding that he “absolutely wouldn’t have been” surprised if Phil Jackson had traded him. “I wouldn’t have blamed [Jackson] at all,” Smith said. “I’m just looking to bounce back.”