Julius Randle on Kevin Garnett: ‘I’m Not Scared of Anybody’ 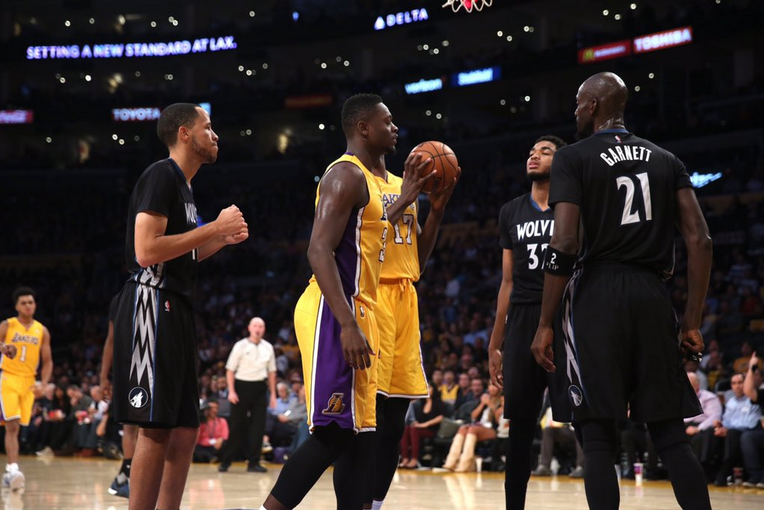 During the season-opener Wednesday night between the Los Angeles Lakers and Minnesota Timberwolves, Kevin Garnett tried and failed to intimidate Julius Randle by getting all up in his grill.

Julius doesn't back down from anyone pic.twitter.com/B3IE8kq059

Randle says no one intimidates him once they step between the lines.

“I’m not scared of anybody,” said Randle, who posted 15 points on 5-of-13 shooting and 11 rebounds in 30 minutes. “The main thing is we know that’s his thing. That’s what he does, try to get in people’s heads. I’ve been watching him my whole life so I knew what to expect.”

But did Garnett know what to expect from Randle? Less than two minutes after Garnett picked up a technical, Randle was about to inbound the ball before noticing that Garnett looked the other way. So, the 20-year-old Randle bounced the ball off the back of the 39-year-old Garnett and basically passed the ball to himself. […] “It was good to go up against him,” said Randle, who only has performed the inbound stunt in practice. “I always have confidence in my game. I don’t care who it is.”