Karl-Anthony Towns is the Unanimous NBA Rookie of the Year 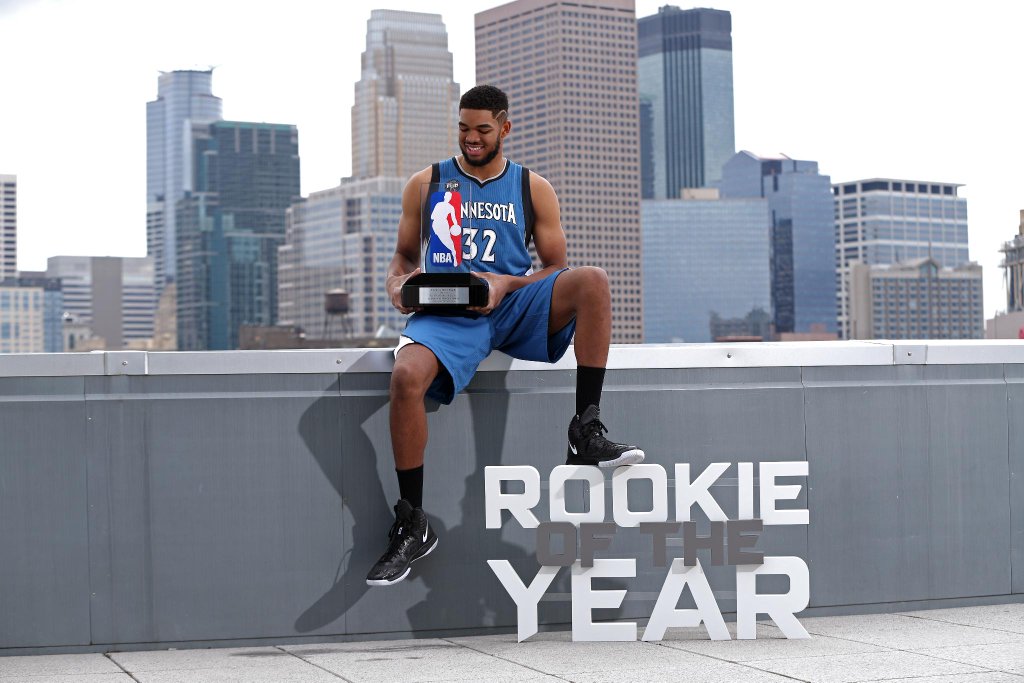 It’s now official: Karl-Anthony Towns has been named the NBA’s Rookie of the Year for the 2015-16 campaign.

Towns, 20, becomes the fifth unanimous winner of the award in League history.

The NBA today announced Minnesota Timberwolves forward/center Karl-Anthony Towns is the recipient of the Eddie Gottlieb trophy as the winner of the Kia NBA Rookie of the Year Award. Towns becomes just the fifth unanimous NBA Rookie of the Year in the last 32 years, joining Damian Lillard (2012-2013 season), Blake Griffin (2010-11), David Robinson (1989-90) and Ralph Sampson (1983-84).

With today’s announcement, Wolves players have won the award in back-to-back seasons with Andrew Wiggins taking the honor for the 2014-15 season. Minnesota is the first team with back-to-back Rookie of the Year winners since the Buffalo Braves in 1972-73 (Bob McAdoo) and 1973-74 (Ernie DiGregorio).

Towns, 20, received all 130 first-place votes and 650 total points from a panel of sportswriters and broadcasters throughout the United States and Canada. The New York Knicks’ Kristaps Porzingis finished second with 363 points, and the Denver Nuggets’ Nikola Jokic was third with 59 points. Players were awarded five points for each first-place vote, three points for each second-place vote and one point for each third-place vote. […] “It’s an honor to be named Rookie of the Year by the media,” Towns said. “I owe a lot to our coaches and my teammates for their support throughout the year. I intend to work hard on my craft to improve my game for next season and help our team challenge for a playoff spot.”