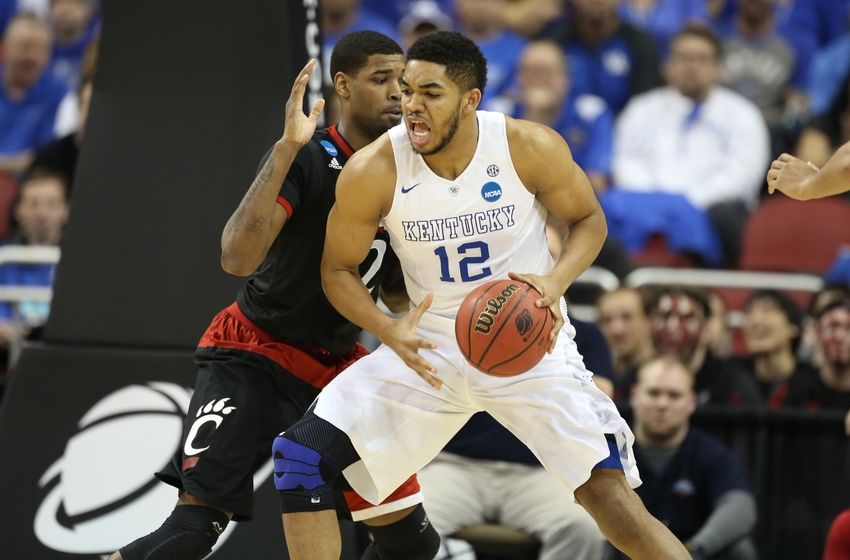 Tonight’s NBA Draft Lottery will go a long way to determining where the top players in this year’s Draft class are going to wind up, including Kentucky big man Karl-Anthony Towns.

For what it’s worth, Towns sounds like he would be thrilled to play his home games at MSG.

From Marc Spears of Yahoo! Sports:

Karl-Anthony Towns and his family couldn’t afford to buy tickets for him to see his beloved New York Knicks during his youth. But if the Ping-Pong balls bounce the right way during Tuesday night’s NBA draft lottery in New York, the potential No. 1 pick could end up playing for the rebuilding franchise that he has watched since he was a child.

“My best friend was a Nets fan so it made for a cool rivalry. My favorite player for the Knicks is a tie between Walt Frazier and Patrick Ewing, but I liked Patrick Ewing a lot. But I’ve never been to a Knicks game. I could never afford to go there.”

Towns should soon be able to afford to see the Knicks or any NBA game because he is projected by Draftexpress.com to be the top player in the June 25 draft in New York.