Kawhi Leonard Drives a 19-Year-Old Car: ‘It Runs and It’s Paid Off’ 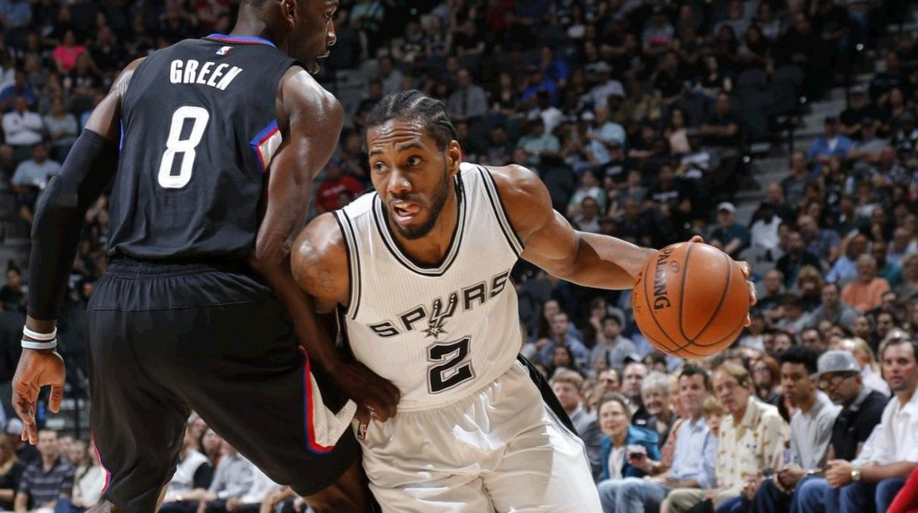 The 24-year-old, despite recently signing a max deal, still pushes a whip that’s nearly as old as he is.

When the Spurs acquired Leonard out of SDSU in 2011, through a draft-day trade with the Pacers, they flew him to San Antonio for a meeting with coach Gregg Popovich. “He was as serious as a heart attack,” Popovich recalls. Needless to say, they hit it off, and Leonard slid comfortably into the Spurs’ hardwood monastery.

A lot has changed for Leonard since that conversation with Pop—he was named Finals MVP in 2014, captured Defensive Player of the Year in ’15 and this season seized the unofficial title of best two-way player in the NBA—but a lot hasn’t. Leonard spends his summers in a two-bedroom apartment in San Diego, where he hangs a mini hoop over one door so he can play 21 against (childhood friend Jeremy) Castleberry. He carries a basketball in his backpack even when he isn’t going to the gym. He often drives a rehabbed ’97 Chevy Tahoe, nicknamed Gas Guzzler, which he drove across Southern California’s Inland Empire as a teenager. “It runs,” Leonard explains, “and it’s paid off.”

He is the only star still rocking cornrows, an outdated tribute to Carmelo Anthony, and he shrugs when friends claim he’d expand his endorsement portfolio if he shaved the braids. He is happy to sponsor Wingstop, which sends him coupons for free wings, so he can feed his Mango Habanero addiction. This winter, after his $94 million contract kicked in, he panicked when he lost his coupons. Wingstop generously replenished his supply.

Related
Kawhi Leonard Naturally Did Not Celebrate His Max Deal