Kawhi Leonard: ‘I Want to Be an NBA All-Star and MVP’ 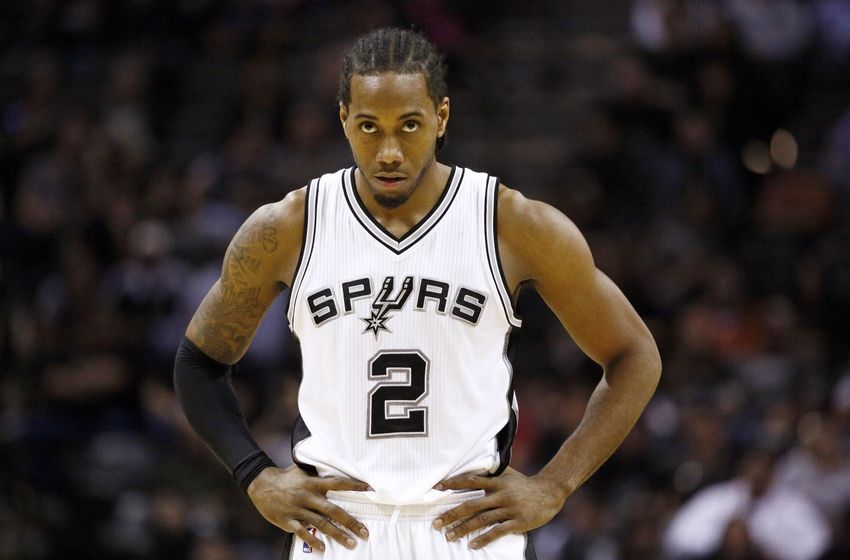 San Antonio Spurs forward Kawhi Leonard is the NBA’s top defensive player, and recently got his money. But he’s still aiming for more; a lot more.

Leonard, 24, says he’s working to become an All-Star and has his sights set on the League’s MVP award.

The Spurs have already handed him the keys to the franchise, and Leonard says he’s ready to take the next step in his ascending career.

Moreno Valley’s Kawhi Leonard usually let’s his game do the talking. But Saturday morning, the reigning NBA Defensive Player of the Year delivered an important message to the young athletes who attended his basketball camp at the Moreno Valley Conference and Recreation Center. […] “I want the kids to know that it’s not a myth that somebody from their city plays and wins in the NBA,” said Leonard, who helped Riverside King High to consecutive CIF-Southern Section titles in 2008 and ‘09. “I just want to influence them to work hard and do whatever they want to do in life, whether it’s to be a basketball player or scientist … if they believe in themselves they can do anything. That’s why I have this camp.”

“I guess I’m a competitor,” said Leonard, who noted that winning championships is what motivates him to work hard and grow as a player. “I didn’t … come to the NBA for the glamor, I just wanted to help my family and help myself. I just wanted to do something I love; I’m not out here to be a famous athlete.”

Now that’s he’s reached a new plateau professionally, Leonard says he’s ready to make another big leap. […] “I want to to be an (NBA) all-star and MVP of the regular season,” said Leonard. “I’m trying to be one of the greatest players so whatever level that consists of is where I want to take my game.”