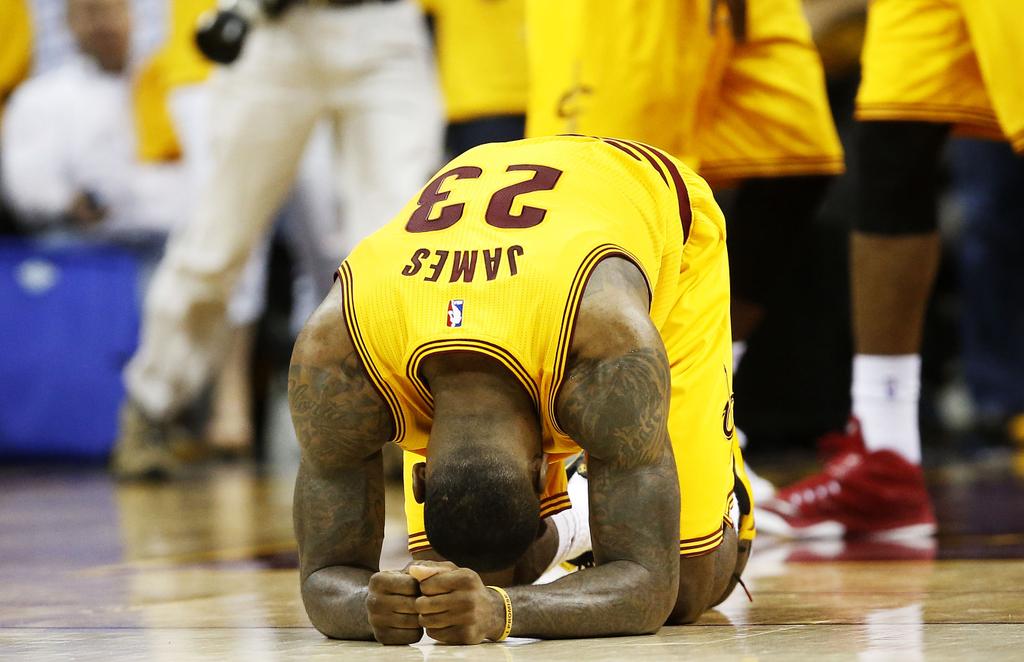 LeBron James’ historic performance in Game 3 of the Eastern Conference Finals had the predictable effect of having people jumping to conclusions, and forcing a re-assessment of King James’ legacy.

James is on the verge of leading the Cleveland Cavaliers back to the NBA Finals, and some of his teammates say that comparing him to Michael Jordan isn’t silly.

Kendrick Perkins thinks a couple of more championship rings would separate LeBron from Mike in the endless G.O.A.T. debate; J.R. Smith, meanwhile, believes Jordan and James are now basically 1)a and 1)b.

It took his 12th career postseason triple-double of 37 points, 18 rebounds and 13 assists to place the Atlanta Hawks on the brink of embarking on an extended vacation. He became the first player in playoff history to produce a stat line of at least 37 points, 18 boards and 13 dimes.

“The only thing that he’s missing is a couple more championships and then it’s a wrap,” Kendrick Perkins said. “Right now we have arguably the best player to ever play the game. I’m just saying man. I’m not taking anything away from Jordan, but all (James is) missing is titles. A couple of more titles and that’s it.”

“That’s one hell of a debate. Honestly, in my opinion, if it’s not Jordan then it’s him,” J.R. Smith said. “It used to be no question. It was a landslide. It was Jordan. Now, you have to consider my boy.” […] “Just think about it, truthfully, if he wanted to, he could win the MVP every year,” Perkins said. “Think about that. He averaged 25 [points], 6 [rebounds] and 7 [assists]. That’s absurd, and people are like ‘he had a down year.’ That’s crazy talk. When it’s all said and done, he’ll probably be the best the game has seen.”