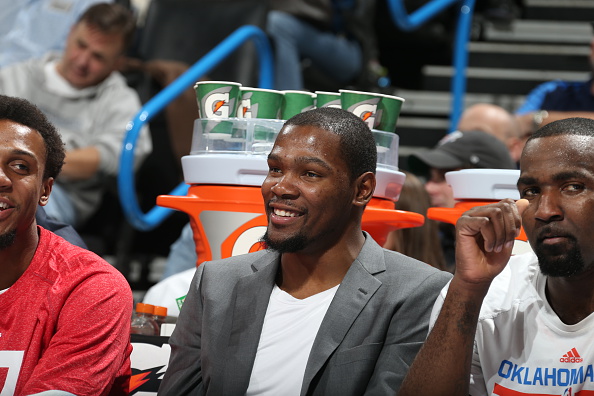 A sprained left big toe forced Kevin Durant to miss another game. Durant hurt the toe Sunday against the Cavaliers and sat out the Thunder’s 92-84 win over the Timberwolves on Monday night.

Kevin Durant has a sprained left big toe and is a late scratch tonight against Minnesota. He’ll be inactive…Happened late at Cleveland.

This was the play Kevin Durant seemed to hurt his toe on yesterday https://t.co/7m0TCLZ9mc

This was the 24th game this year that Durant was forced to miss. A fractured right foot kept him out of the lineup for 17 games at the beginning of the season, and a right ankle sprain in December forced him to miss an additional six.

The Thunder’s next game is Wednesday in New York against the Knicks.