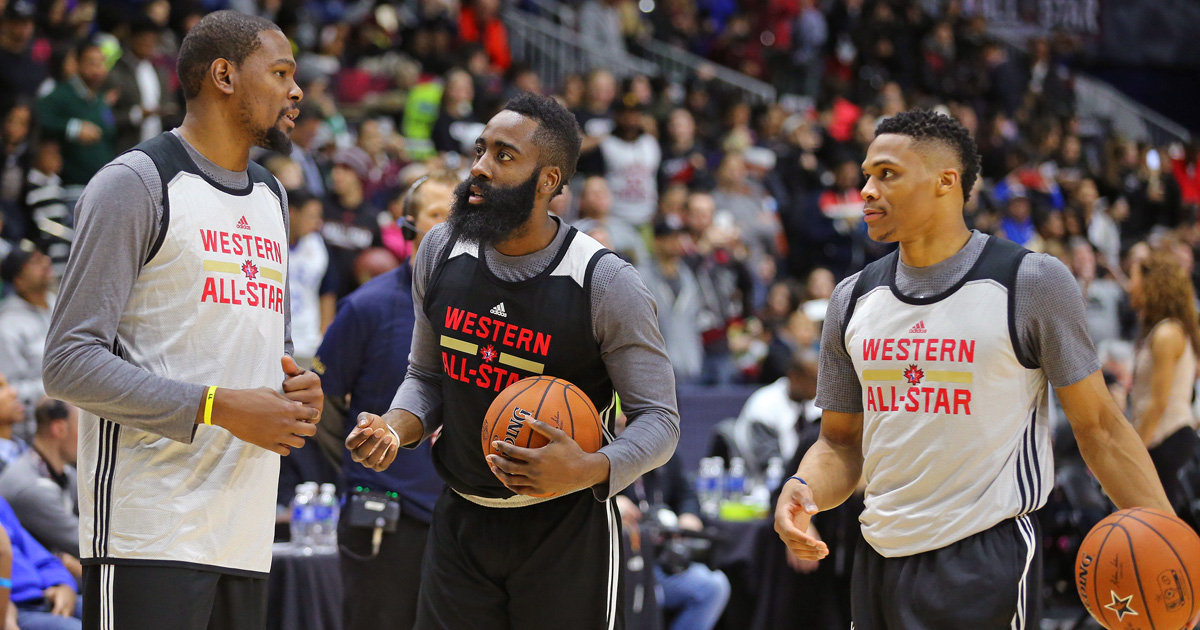 Ahead of the Warriors’ matchup with the Thunder this week, Kevin Durant took time to reflect on his time in OKC with Anthony Slater of the Mercury News.

Asked if James Harden could have been satisfied in his sixth man role if he wasn’t traded, Durant responded that not only would Harden have accepted his role, he could’ve been recognized as a great player.

“Obviously I’m sure he loves what he’s doing now, but if we would’ve won a championship, I think the perception of him would’ve just been as a great player. ‘He’s the heart, he’s what makes us go.’

“That’s what his label would’ve been, instead of just Sixth Man. He would’ve probably been the best Sixth Man that ever was.”

RELATED:
Kevin Durant on Playing With Russell Westbrook and James Harden: ‘It Was Really AAU Basketball, Man. We were Just Having Fun.’