Kevin Garnett ‘in Discussions’ With T-Wolves Owner About His Future 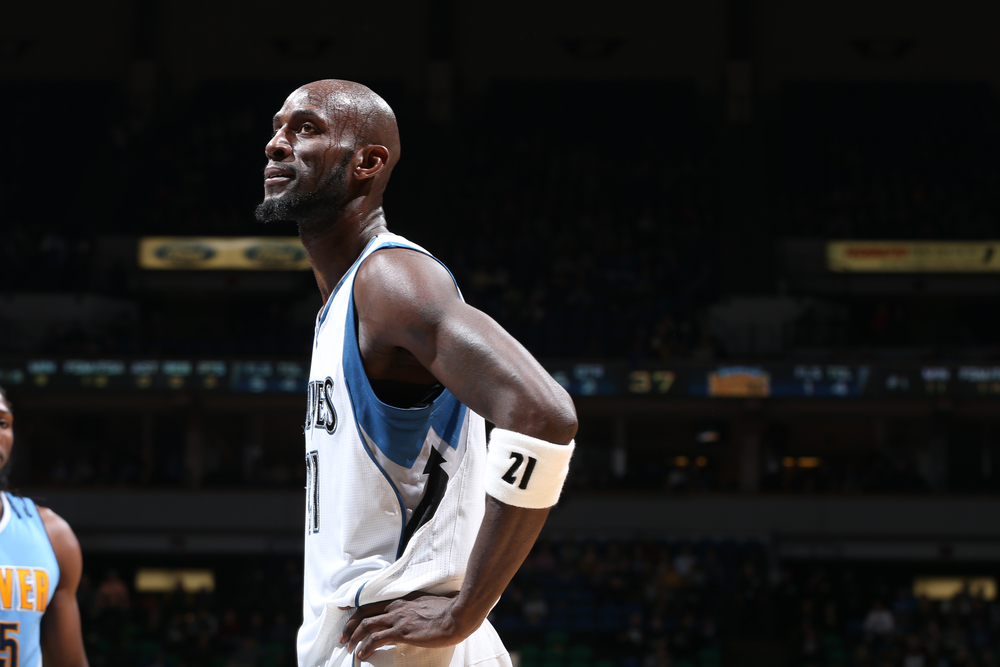 There’s no telling yet if Kevin Garnett will return for a 22nd NBA season—the 40-year-old legend is discussing what the future may hold with Minnesota Timberwolves owner Glen Taylor.

Head coach and team president Tom Thibodeau says KG has earned the right to have these types of chats with ownership.

Garnett was limited to just 38 games last season due to knee pain.

Timberwolves training camp is looming — the first practice is Tuesday — and the question of Kevin Garnett’s future with the team remains unanswered.

“Glen and Kevin and his representatives are in discussions,” Thibodeau said. “We’ll keep that private for now, and we’ll see how it unfolds. But, obviously, what Kevin has meant to our league, the organization, he’s earned the right to have those discussions with Glen.”

Garnett returned to the team in February of 2015 in a trade with Brooklyn. The late Flip Saunders, then the Wolves’ president of basketball operations and head coach. convinced Garnett to waive his no-trade clause and return to the team as a mentor to the team’s younger players.