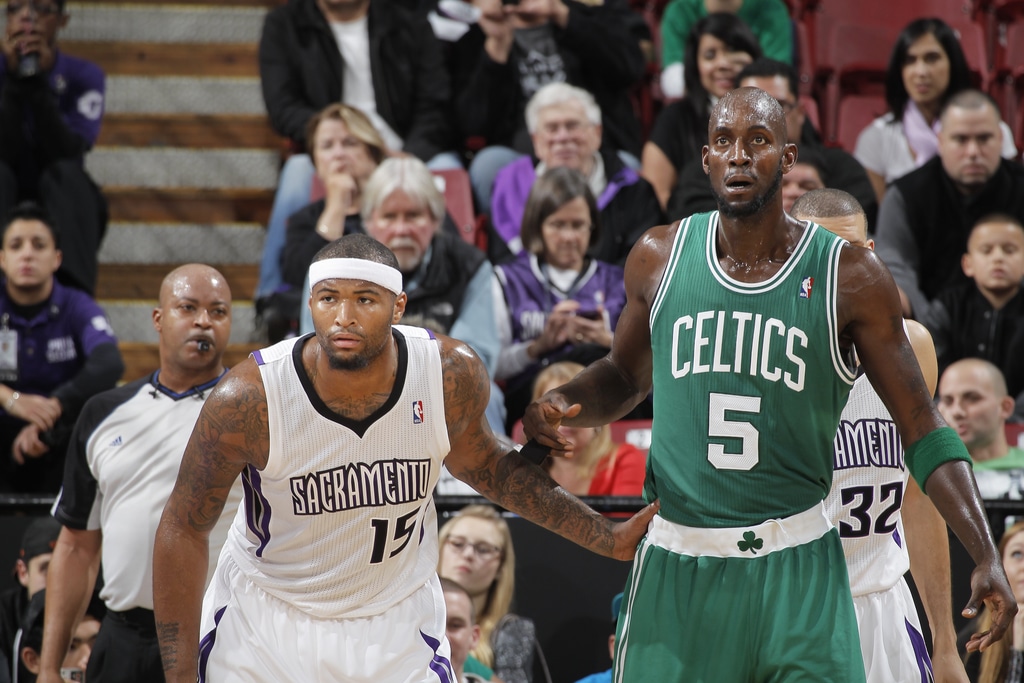 Kevin Garnett thinks DeMarcus Cousins is the League’s most offensively-talented big man, and KG wants to give Boogie “some knowledge.”

Garnett has said he hopes Cousins dominates the season and wins the MVP award.

Cousins was back in Sacramento last night for the first time since being traded to New Orleans, and lit up the Kings for 41 points and 23 boards in a 114-106 victory for the Pelicans.

“It was a special night,” Cousins said. “The fans were beautiful, they were into the game, they let it be well known they hated every shot I made but now I see how other players feel when I used to be on this side, on the other side of the fence. I can remember games where the crowd was the reason we won it. It’s well known the Kings have incredible fans. They showed up tonight as well.”

It was Cousins’ first game in Sacramento since being traded in February, a move that caught him off-guard during the All-Star Game, a night when Kings executives opted to avoid an awkward trip back to Sacramento on the chartered flight with him.

Cousins scored 37 points in his first game against the Kings in New Orleans on March 31, but this was different.

Cousins said his “anticipation was through the roof” before tipoff. […] “I loved it,” Cousins said. “I’ve got nothing but love for this city.”