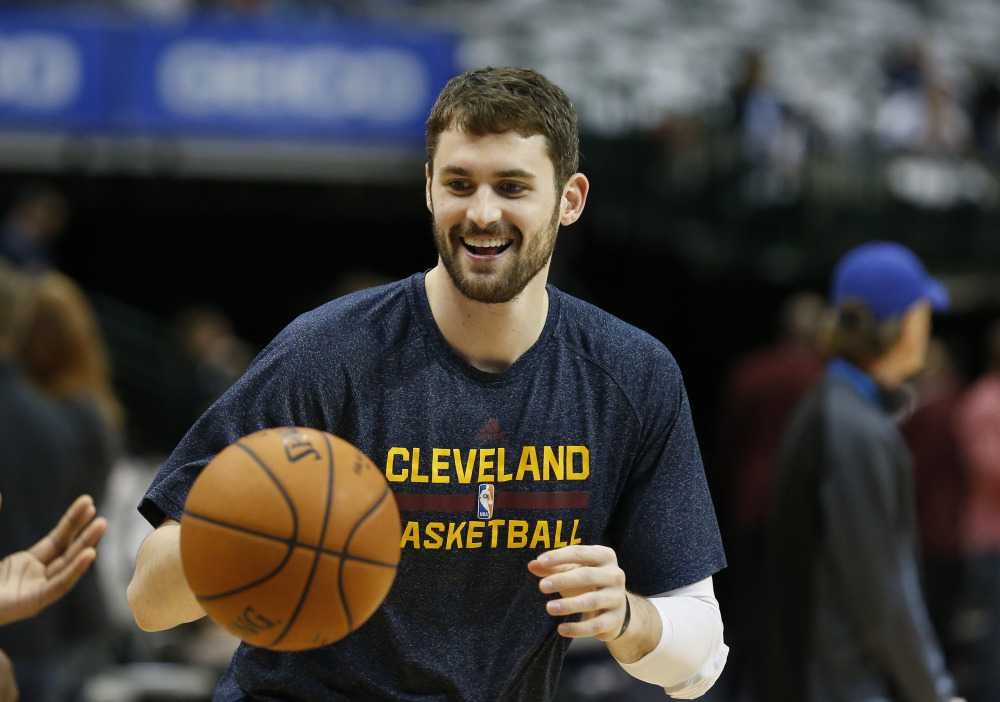 Cleveland Cavaliers star forward Kevin Love is one of several pro athletes posing buck naked for ESPN mag’s annual “Body” issue, and the 26-year-old believes he has many, many years of high-level hoops left in the tank.

"I want to play until I'm 40. And I'd like it to be my choice." @kevinlove in the #BodyIssue: http://t.co/LhbfOnaXpY pic.twitter.com/EA3u3cl3fF

Love, who struggled in his first year with the Cavs—16.4 points and 9.7 rebounds a night—says his season-ending left shoulder injury was a bear to overcome.

Cleveland has agreed to ink the big guy to a five-year, $110 million deal and he says his best play is ahead:

“I was really looking forward to the playoffs. This injury is one of the hardest things I’ve dealt with. It was really tough to go out the way that I did. I knew when it happened I probably wasn’t going to be able to return to play. But when I heard the news that I was going to have to get surgery, and be out for four to six months, it was a big, big blow to me. […] Of course I was pissed. I was very emotional. And that was seen and heard, what I said [about Olynyk’s allegedly dirty play]. I wanted to make this deep run with these guys and be out there on the floor. That was very tough, from a human aspect.”

ON HIS WEIGHT STRUGGLES: “Oh, you couldn’t keep me out of the cupboards. Especially sixth through eighth grade, I was always very hungry. That’s when I was growing. And my mom was a great cook; I was very spoiled when I was young. Her fettuccine alfredo? Yeah, you eat that on a regular basis and you’re not gonna be in the Body Issue. […] I got teased, like any kid who was round and big would be. And coming out of college, I was, for lack of a better term, doughy. I was watching Charles Barkley when he was drafted in 1984 out of Auburn, he was the “Round Mound of Rebound.” I was like that. I rebounded, and I was roundish. Well, maybe rounder is more appropriate.”

“Fitness really clicked for me once I got into the league. I try to be cerebral about it. In college, you play two-three games a week, and that was it. In the league, sometimes you have four games in five nights. You play 82 games, maybe, plus USA Basketball in the summer. The travel is unprecedented. I was playing Tim Duncan in San Antonio one night and, like, Kevin Garnett and the Boston Celtics the next. […] I’m a very routine-based person. I do yoga. During the season, the Cavs have us do Pilates. I like working out in sand — there’s nothing quite like it in terms of firing so many different muscles. I do resistance training. I have someone who helps me with nutrition. I have a chef in Cleveland. I check ingredients. Now I look at it as refueling.”

“At the end of the day, I want to play until I’m 40. And I would like it to be my choice. I 100 percent think that my best basketball is ahead of me.”