Kevin Love to T-Wolves Owner: Worry About Your Own Team 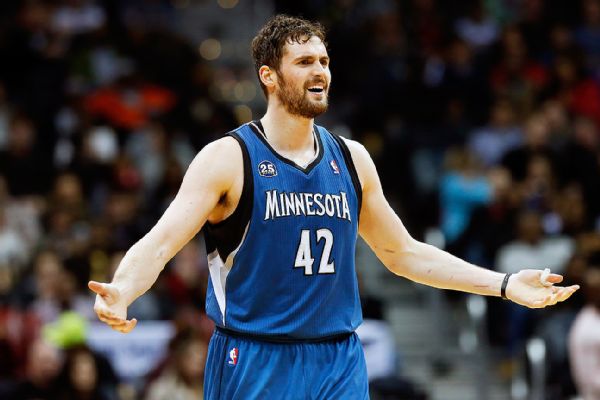 After being called out by his former boss, new Cleveland Cavaliers forward Kevin Love fired back at Glen Taylor Wednesday morning, telling the Minnesota Timberwolves owner to worry about his own squad.

Following a blockbuster trade to Cleveland, Love says Minny got plenty in return for him. Per ESPN:

“I think emotions are definitely running high right now,” Love said. “For Glen to say that, I just think that he should be focusing on the players that he just received. I mean, he has two of the No. 1 picks in the last two drafts: Andrew Wiggins and Anthony Bennett. He has another guy who can really play in Thaddeus Young.

“I think he got a lot for me. So I’d be focusing even more on that. More than anything, I’m just excited to start my time in Cleveland, get to work with my new teammates, and start with this new family here.”

Love said Tuesday that he felt he had a good relationship with Taylor during his six seasons with the Timberwolves.