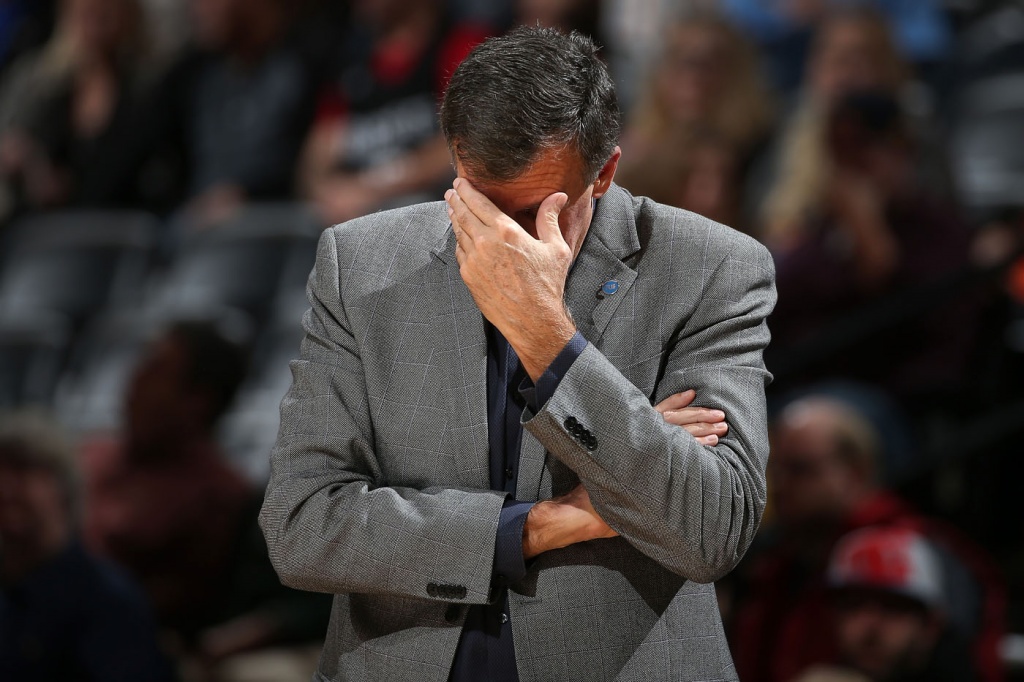 After stumbling out of the gates with an ugly 4-7 record, the Houston Rockets shocked the hoops world by canning head coach Kevin McHale on Wednesday.

According to GM Daryl Morey, given the realities of playing in the brutal Western Conference, the organization had to make the change now.

McHale, the winningest coach in Rockets history, admits that he had lost the locker room just a few months removed from a trip to the Western Conference Finals.

Morey: "The team was not responding to Kevin McHale. There is no time in the West."

Morey: "It was tough. This is not something we take lightly. This is a decision we thought about a long time. We knew we're under the gun."

“We were starting to address some of the issues that were the reason I was let go,” McHale said. “We just weren’t playing with any juice, with any rhythm. We haven’t been able to get the problems solved.

“We probably had more meetings in last six weeks than in my previous four years here.