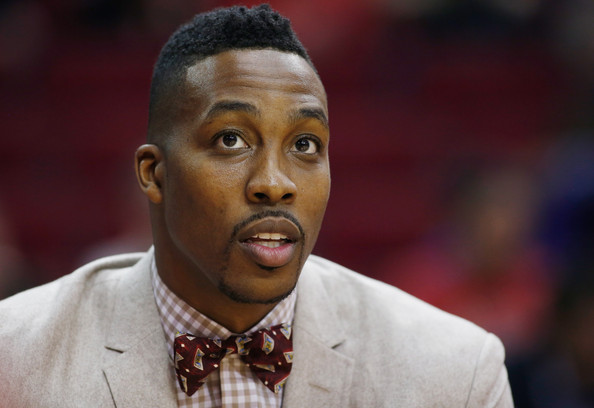 Houston Rockets center Dwight Howard has been out of the lineup since Nov.19, and according to head coach Kevin McHale, the All-Star big fella will remain sidelined for a while longer.

Howard is suffering from a strained right knee.

While discussing Pat Beverley’s return from a strained left hamstring, Rockets coach Kevin McHale said “It would be nice to get everybody else back, but that won’t be happening any time soon.”

McHale had previously said he hoped that Howard, who has been out since Nov. 19, might be ready to return in time to play on the Rockets’ road trip Wednesday and Thursday to play Golden State and Sacramento. Asked if he had a better feel for Howard’s timetable, he said again, “He won’t be back anytime soon.”

“He will not be coming back any time soon, either,” McHale said. “You might as well ask me about the weather next week. I have no idea. Partly cloudy, baby.”