KG, Paul Pierce and The Mailman 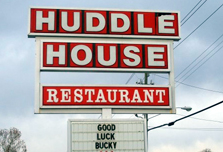 Wow. There is very little basketball news out there today, so little that our exclusive Kevin Garnett interview that I posted late yesterday is all over the front of a few NBA sites.

So, other than that…

THE LINKS…
• Yesterday I wrote about former Hawks player “Fast” Eddie Johnson and his arrest in Florida. The Chicago Tribune did the same thing but instead described the other Eddie Johnson, the nice guy who played for Phoenix and Seattle and, whoops!, is from Chicago. The Tribune published a long apology today and say they don’t want to blame deadlines but, whaddya know, the deadlines messed them up. Skip Bayless also got it wrong, but I guess that’s not much of a surprise.

And here, the good Eddie Johnson talks about being confused for the troublemaking Eddie Johnson for so many years. If you were the good guy, wouldn’t you just start going by “Ed”?

• Paul Pierce had minor surgery on his elbow yesterday, and they think he should be back in time for training camp to start. My question is, Why wait until this week for the surgery?

• Portland GM Steve Patterson tells The Oregonian that when they have news about any trades or anything they’ll “get in touch.”

• To be completely honest, I wouldn’t want Isiah Thomas trying to kiss me on the cheek either, but that doesn’t mean I can sue him for millions. Isiah says he did nothing wrong.

• DeShawn Stevenson opted out of his contract with the Orlando Magic after he says his agent convinced him there was a big payday waiting for him. Turns out all that was waiting was a pay cut. Not surprisingly, he fired his agent.

• They love Pops Mensah-Bonsu down in Dallas.

• Karl Malone is opening a Huddle House franchise in Louisiana. There’s nothing in this press release about Huddle House being a blatant rip-off of Waffle House. It is, though.

• Our thoughts and prayers go out to Nick Van Exel, whose mother passed away yesterday in Houston.