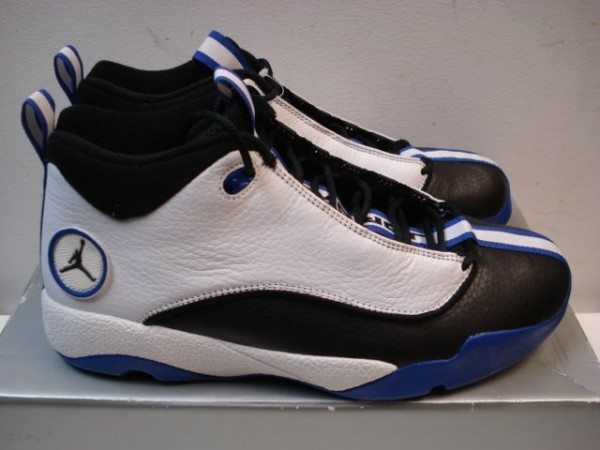 
You can add one of the first-ever released Jordan Brand shoes to your list of releases to look forward to next year.

The Jordan Pro Quick, which first hit stores way back in 1998 and was Eddie Jones’ defacto shoe in his Lakers days, will be making a Spring 2012 return, according to CounterKicks:

“Tentative colorways in the Pro Quick:

The shown Jumpman Pro Quick model here is for visual reference only and not an actual 2012 model sample. Jordan Pro Quick releases Spring 2012. Retail is pegged at $110. More info and official photos to come as it develops.”

The Pro Quicks were one of the first shoes to be released by Jordan Brand that strayed from the numbered Air Jordan line. They came at a lower price point and because of that they were a lot of people’s first taste of JB footwear.

Having retroed once already in 2004, this will be the Pro Quick’s second go-around in stores. Will you drop the $110 to have these?