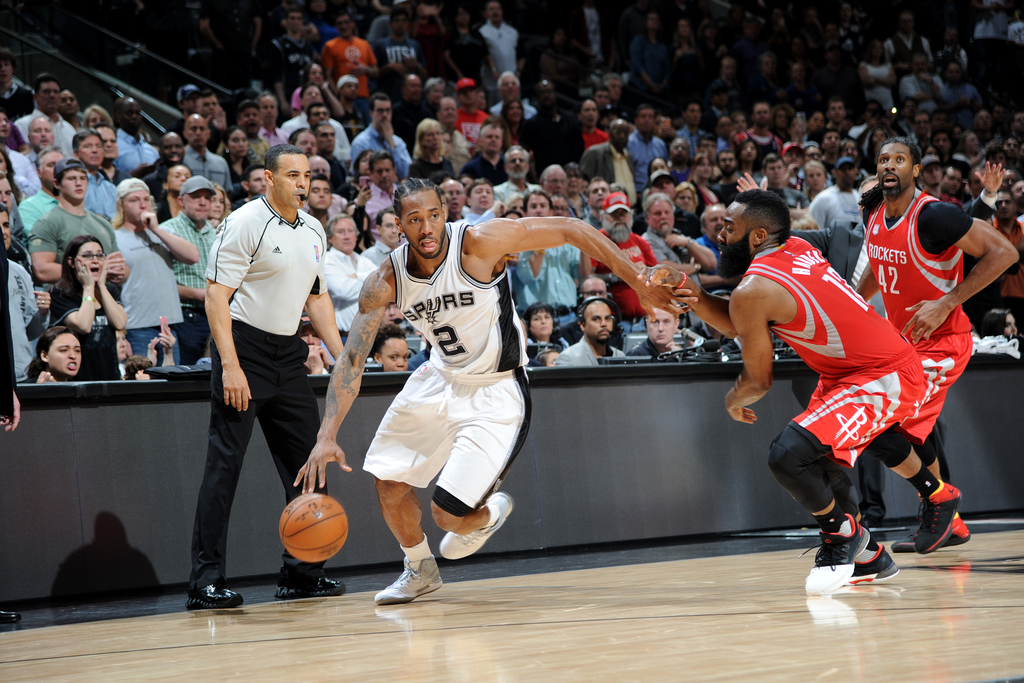 Elston Turner, an assistant coach in Sacramento, says Kawhi Leonard reminds him of a former teammate of his: Michael Jordan.

Kawhi’s dominance on both ends of the floor is Jordanesque, according to Turner.

What do #Spurs @kawhileonard & Eddie Vedder have in common? Check my latest column on @BleacherReport to find out https://t.co/W9RHBFlSYp

The Spurs forward’s stunning performance against Houston this week kicked his MVP candidacy into overdrive.

“We don’t talk about MVP Awards,” Gregg Popovich said after Leonard’s 39 points, six rebounds, five assists and two blocks led the Spurs to their dramatic, Monday night win over the Houston Rockets opened the Kawhi-for-MVP floodgates. “We don’t’ talk about any awards. We don’t talk about championships. We just play the game. Everybody tries to do what they can to make the team better and whatever records or awards or wins that come, that’s the way it is.”

But neither Popovich nor Leonard can stop others from trumpeting Leonard’s case as a legitimate MVP candidate, even in the Year of the Triple Double that has passed him by. Kings assistant coach Elston Turner on Wednesday gave Leonard the ultimate MVP endorsement: a favorable comparison to Michael Jordan.

“I played two years with Michael and defended him in practice every day,” said Turner, a solid defender who spent the 1986-87 and 1987-88 seasons with the Chicago Bulls. “I saw how competitive Mike was, literally up close and personal. What I saw him do the other night (vs. Houston), well, that was what Mike was like every second he was on the floor. And now I see the same things in Kawhi that I saw with Michael, especially when you’re talking both ends (of the floor). It’s that competitive thing, and it doesn’t seem to matter if they’re up 20 or down 20. It’s always the same every time I watch him play. And, just like Mike, it seems like he never gets tired. They both have a stamina that other guys just don’t have. It’s amazing.”

Related
Gregg Popovich: Kawhi Leonard Can ‘Do What a Michael Jordan Did at Both Ends’
DeMarcus Cousins Saw ‘Flashes of Kobe’ in Kawhi Leonard