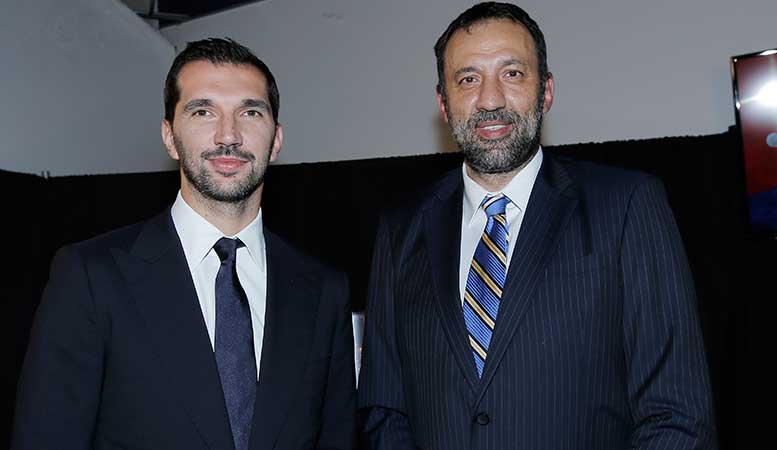 The Sacramento Kings are putting the ol’ band back together … in the front-office.

It was announced Monday night that Vlade Divac, who has quickly risen in the ranks since coming onboard, will now serve at the franchise’s Vice President of Basketball Operations and General Manager.

.@bgoodvlade will now serve as the Vice President of Basketball Operations and General Manager pic.twitter.com/ZpGNEPnM3K

Former Kings sharpshooter Peja Stojakovic will move into the Director of Player Personnel and Development role.

The Sacramento Kings today announced that Vlade Divac will serve as the Vice President of Basketball Operations and General Manager moving forward. Hired in March as the V.P. of Basketball and Franchise Operations, his expanded role in the Kings front office emphasizes a commitment to improving the organization on the court and comes in conjunction with Mike Bratz being named Assistant General Manager, Roland Beech as Vice President of Basketball Strategy and Data Science and Peja Stojakovic as Director of Player Personnel and Development.

Stojakovic rejoins the organization after one of the most successful playing careers in Sacramento Kings annals. In his new role as Director of Player Personnel and Development, he will be responsible for keeping abreast of domestic and international talent pools available to the Kings as well as assisting Divac and Bratz with the team’s scouting efforts. Additionally, Stojakovic will serve as general manager for the Reno Bighorns, Sacramento’s D-League affiliate. Selected 14th overall in the 1996 NBA Draft, the Serbian-born sharpshooter helped form a nucleus that would go on to participate in the postseason in each of his seven seasons in a Kings uniform.

“We’re fortunate as an organization to enter this season with three professionals of this caliber,” said Divac. “Having such individuals as integral members of our basketball operations team offers more than a unique set of basketball philosophies, experiences and instincts, but also a depth of character commonly associated with winning cultures. With Mike, Roland and Peja on board, I’m more confident than ever in the future success of the Sacramento Kings.”