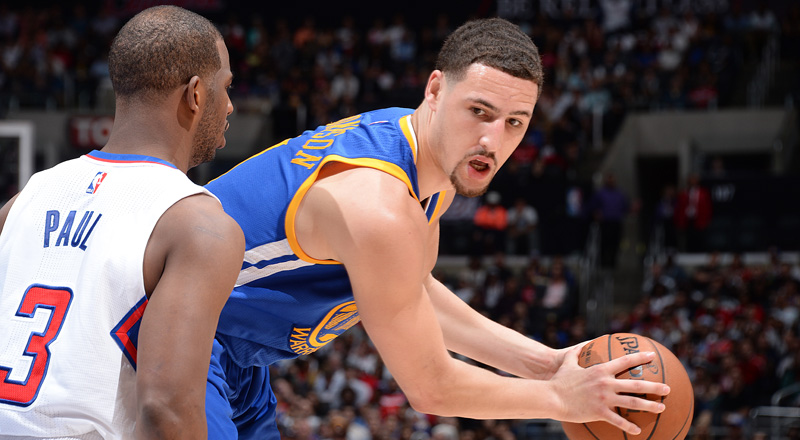 The Clippers had a chance to face the Warriors in the Western Conference finals, but in an collapse of epic proportions, blew a 3-1 series lead against the Rockets.

According to Clippers coach Doc Rivers, the Warriors got lucky for not having to face the Clippers or Spurs en route to the Championship.

Klay Thompson, however, thinks luck had nothing to do with it. Responding to Rivers comments, the Warriors sharpshooter said he wanted to play the Clippers in the postseason, “but they couldn’t handle their business.”

From the Bay Area News Group:

Warriors players issued several retorts to Doc Rivers after the Los Angeles Clippers coach commented on Golden State being lucky it faced neither the Clippers nor San Antonio in the playoffs.

“Didn’t they lose to the Rockets? Exactly,” Klay Thompson said Friday, laughing in reference to Houston coming from behind to beat the Clippers in the Western Conference semifinals. “That just makes me laugh. That’s funny. Weren’t they up 3-1, too? Yeah, tell them I said that. That’s funny, man.”

Walking away from reporters after his interview session, Thompson continued, “I wanted to play the Clippers last year, but they couldn’t handle their business.”