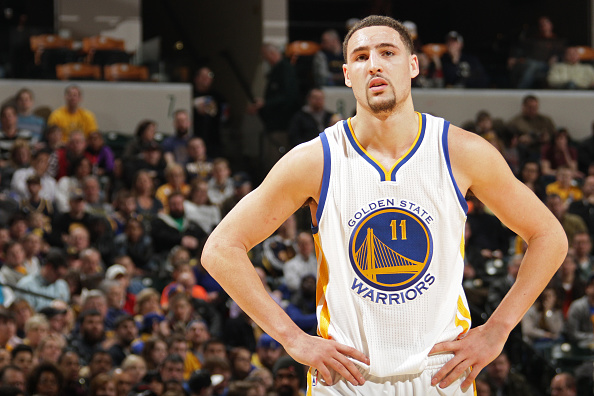 Warriors All-Star SG Klay Thompson is expected to miss 7-10 days with an ankle sprain suffered in last night’s home win over the Lakers. He actually re-entered the game after the injury last night, but had some severe swelling after the game and will now miss at least a week.

From Ethan Sherwood Strauss of ESPN:

Golden State Warriors All-Star shooting guard Klay Thompson is expected to miss between a week and 10 days with a sprained ankle, according to coach Steve Kerr.

Thompson sprained the ankle on a drive in the third quarter of Monday night’s 108-105 victory over the Los Angeles Lakers. Thompson remained in the game for more than three minutes of game action before leaving to re-tape the ankle. He then returned in the fourth quarter.

“He said it didn’t hurt that bad at all. It wasn’t a bad sprain,” Kerr said at the team’s practice facility on Tuesday. “So he went to the locker room, got it re-taped. They got it checked out. [The trainers] said he was fine.”

Kerr said the injury revealed itself as more significant after the game.

“He came back and played and a lot of time the adrenaline just carries you through during a game and I think that’s probably what happened, but he didn’t reinjure it when he went back out,” he said. “It’s just a normal postgame swelling and it turned out to be a little more than expected.”